ZOÉ, the ®Grammy Winning rock band from Mexico, celebrate their 20th anniversary with a new album and U.S. tour. 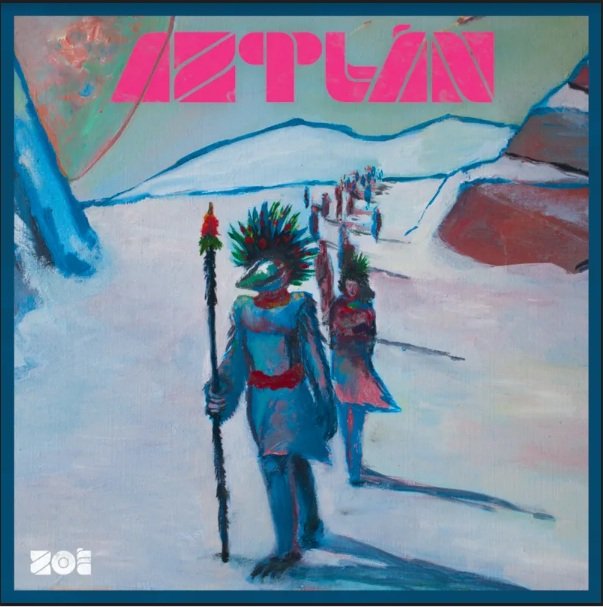 24 Apr ZOÉ, the ®Grammy Winning rock band from Mexico, celebrate their 20th anniversary with a new album and U.S. tour.

New album ‘Aztlán’ debuts at No 1 on iTunes (Mexico)

Vesper Public Relations. Los Angeles, CA. April 2018. – ZOÉ, the most important rock band on the Latin-American scene, debuts their newest album “Aztlán” at No. 1 on iTunes (Mexico). The album titled after the legendary ancestral home of the Aztec peoples is the sixth studio album from ®Grammy winning rock band from Mexico which is celebrating its 20th anniversary with a 15 city U.S. tour.

The title of the album, “Aztlán”, is a reference to our people. It is an invitation to discover the beauty and richness of our culture, and look inward so we can recover that Mexican dignity and pride. This reflection to the past is with the hopes that as we reinvent ourselves in the near future we continue to maintain our ‘Mexicanness’ in a globalized world. This concept did not necessarily have direct impact on the sounds of the songs, it was more conceptual.”

“Aztlan” debuted at No. 1 on iTunes: Mexico

The music video for the song “Azul” (blue), the first single off “Aztlan,” received more than 2 million views the day of its release and as of the time of this press release has more than 11 million views. The proceeding singles “Temor y Temblor” (fear and tremble), and “Clarividad” (clarity), both immediately reached first place on the most viral and global charts in Mexico and the U.S. including Spotify and iTunes’ Latino Alternativo Chart.

In late April  ZOÉ will embark on a 15 city tour of the United States. The tour will run through mid-May and will focus on the states of Illinois, Texas, and California as well as making stops in NYC, DC, and Boston.

“Clarividad, Zoe have managed to blend equal parts Gustavo Cerati, The Beatles, Roxy Music and the Cars to create a love soundscape for the world in desperate need of it.”