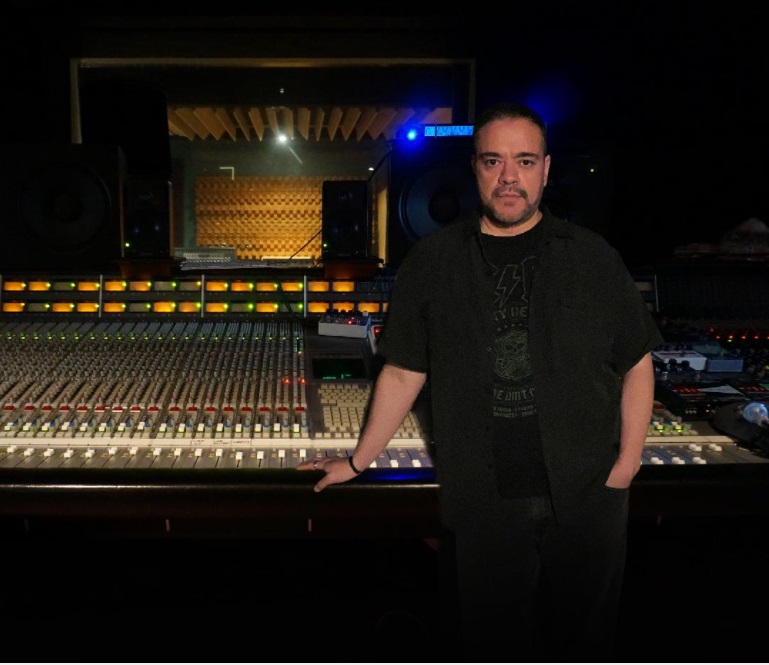 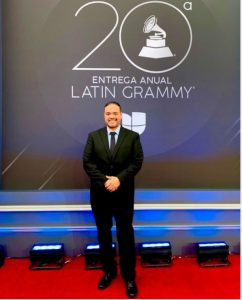 Vesper Public Relations. Los Angeles, CA (April 2021)—The renowned producer, arranger and composer Fausto Juárez proudly presents his latest project Legión Alterna. Launched under his recording label Lamat Records, the new project has been Juárez’s primary focus the past year. He has been working full time on their new material, practicing, studying music, composing and choosing songs for their productions, which they have been releasing every few months.

“My plan is continue developing the new project until next year, and eventually I’ll go back to the recording studio to continue producing for other artists,” Fausto expresses. “In the meantime, I’m 100% focused on the music production and the artistic evolution of Legión Alterna,”

In 2009, Juárez independently opened Lamat Studios, his own recording studio which has since grown in fame among celebrated artists and the most important recording labels of the moment. Thanks to his unique producing style, Juárez dominates the Regional Mexican genre while adding his distinct influences that come from other music styles and his experience as musician with a contemporary, academic background.

One of his major contributions to Regional Mexican music has been the new subgenre corridos progresivos, a mixture of corridos and progressive rock. Both respected musicians and industry players such as Ángel Del Villar and Jimmy Humilde have sought out Juárez as an in-demand producer.

Fausto Juárez was born in Mexico City and raised in San Luis Potosí, a city located in the center of Mexico. He never imagined that this would be the place that would give birth to his musical journey. At 11 years old, he began to learn the guitar and at 16 he began to perform at local bars with his first rock band. Many years passed before he began to see music as more than just a hobby while he was studying economics. The musician soon left his studies without hesitation to dedicate his life and time to music.

In 2005, Juárez arrived in Los Angeles to begin learning music production and sound engineering while he was culminating his final tour throughout Europe, México, and United States as both an active musician and music director.  During his time as a touring guitarist, he obtained the support of important sponsors, including Gibson Guitars, becoming the first sponsored Latino by the legendary brand. Due to that sponsorship, the company began a Latin division dedicated towards guitar greats from Latin America. His other sponsors included Rocktron, GHS strings, and Marshall Amplification.

Juárez has received two Latin Grammy nominations, both for Mejor Álbum de Música Banda (Best Banda Music Album). He received his first in 2018 with Luis Coronel and the other in 2019 with Luis Antonio López “El Mimoso”. His soundtrack to the series El Vato (season two) won an Emmy Award, and the series itself went on to win an International Emmy in 2018. Fausto also produced the main soundtrack for the series El Hijo Del Desierto, which was performed by Mexican singer El Dasa.

For more information about FAUSTO JUÁREZ: