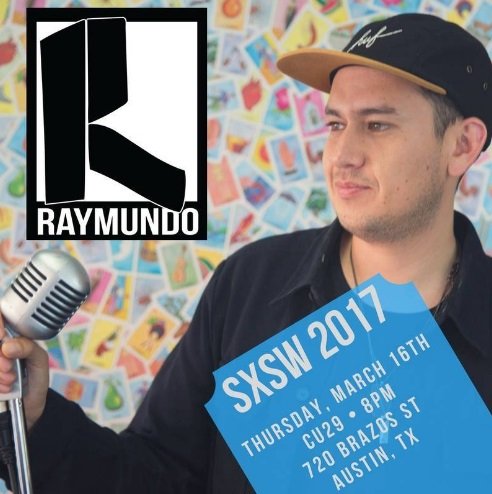 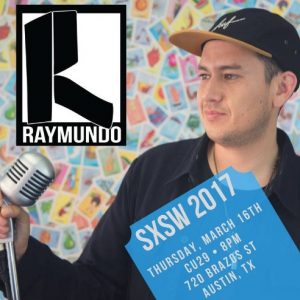 Raymundo just released his new single “Mamá” a song written with hope’s of inspiring his mamá as she battles with breast cancer. He posted a video of him surprising her with the song, many tears were shed.  It has been receiving an overwhelming response on Facebook with over 10,000 views in just a couple of days and hundreds of fans sharing very personal stories from all around the world.

Raymundo’s official showcase will take place on Thursday, March 16 at cu29 venue in 720 Brazos St. Austin, TX from 9:00 – 9:40 pm.  He will be sharing the stage with Latin Grammy winner Mariana Vega, Lucia Tachetti, Vargas, Arco and Marlys. “ I’m looking forward to pouring my heart on the SXSW stage again and connecting with an audience of music lovers. I’m also looking forward to performing “Mamá” for the first time ever live and in front of my mom, whom will be flying in to see my performance” Raymundo shares. Raymundo’s official page:http://schedule.sxsw.com/2017/events/MS38177
Forevermore, you can count on his heartfelt lyrics written from personal struggles, his soulful voice and his charismatic stage presence stemming from mariachi.