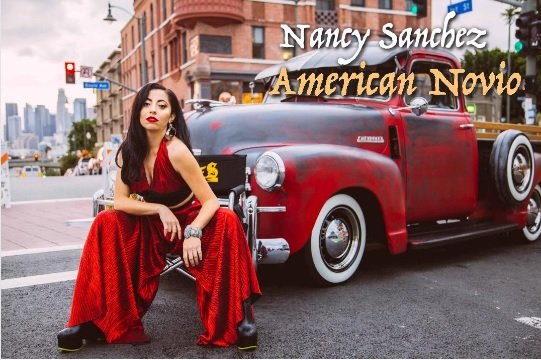 Vesper Public Relations. Los Angeles, CA (June 2017) If you are looking for the next breakout artist from the great talent in Southern California, look no further. Singer songwriter Nancy Sanchez has spent the last year crafting a masterpiece and her first Spanish Language Latin Alternative/ Pop release American Novio.

Nancy Sanchez’ new album American Novio is songwriting at its best that tells her story of growing up in America immersed in Mexican culture. Along the way you accompany Nancy in her daily journey as she finds poetry in our choices both good and bad in our never ending search for truth and love.

The one English song features special guest vocalist Marisa Ronstadt, is a love song that dreams of a love that can bring peace to a chaotic world.