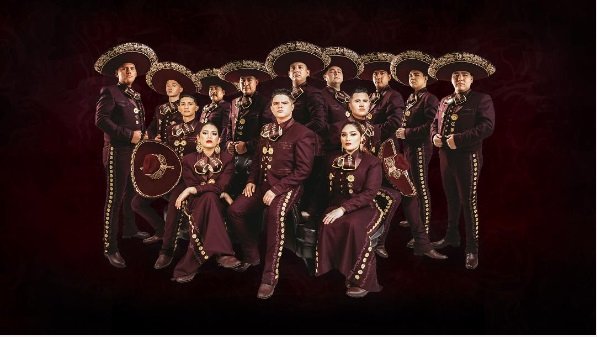 “The third single off the album, a love song titled ‘Escándalo,’ a homage to Latin music icon Hector Lavoe” says Marco Villela, vocalist and trumpeter of the young group that is determined to carry on the tradition of boleros, a musical genre that is almost 130 years old.

The band shot the video earlier this Fall in New York City’s Lower East Side after a tour stop at Manhattan’s The Public theater. “We decided to incorporate other Latin sounds in this song. We were inspired by FANIA and the New York Latin sounds of the 70s,” says Villela. “Shooting the video in the birthplace of salsa music was very special.”

Simultaneously honoring the past, celebrating the present, and creating the future of regional Mexican music, Mariachi Herencia de México is paving the way for a new generation of mariachi performers.

All the music is masterfully arranged by Rigoberto Alfaro, who imparts Mariachi Herencia de México’s trademark sound on each classic.

The Chicago natives, Mariachi Herencia de México are in the middle of a wildly successful U.S. tour with stops in many cities: New York, Los Angeles, Austin, Phoenix, Chicago, Houston, and Las Vegas, among them.

Mariachi Herencia de Mexico will be joined by Latin Grammy nominated songstress Lupita Infante granddaughter of Mexico’s icon Pedro Infante. The Herederos concerts will take place through the end of the year and will continue throughout 2023.

In addition, Mariachi Herencia de México recorded the Christmas classic, “It’s the Most Wonderful Time of the Year” with a Mariachi twist. Watch video: https://www.youtube.com/watch?v=LmaPTNadygQ

About Mariachi Herencia de México
The historic tradition of mariachi music has its roots of origin in cities such as Guadalajara and Mexico City. As the ever-evolving genre’s influence spread, it reached Chicago and birthed the Mariachi Herencia de México. The energetic, virtuosic Latin GRAMMY-nominated group has issued chart-topping albums and performed across the North American continent. Nuestra Herencia, their 2017 debut album, topped the Latin streaming charts. 2018’s Herencia de la Tierra Mía was produced by celebrated industry veteran Javier Limón and charted atop all major streaming services. 2019’s Esencia topped industry charts, while a second volume, issued in 2020 performed similarly. Now in 2022, Mariachi Herencia De México is set to release their fifth studio album, Herederos.
Noteworthy to highlight the Latin GRAMMY®-nominated group of young Mexican-American musicians performed last December at “In Performance at the White House: Spirit of the Season” television special that aired on PBS joining superstar Camila Cabello on a special rendition of the classic “I’ll Be Home For Christmas”.