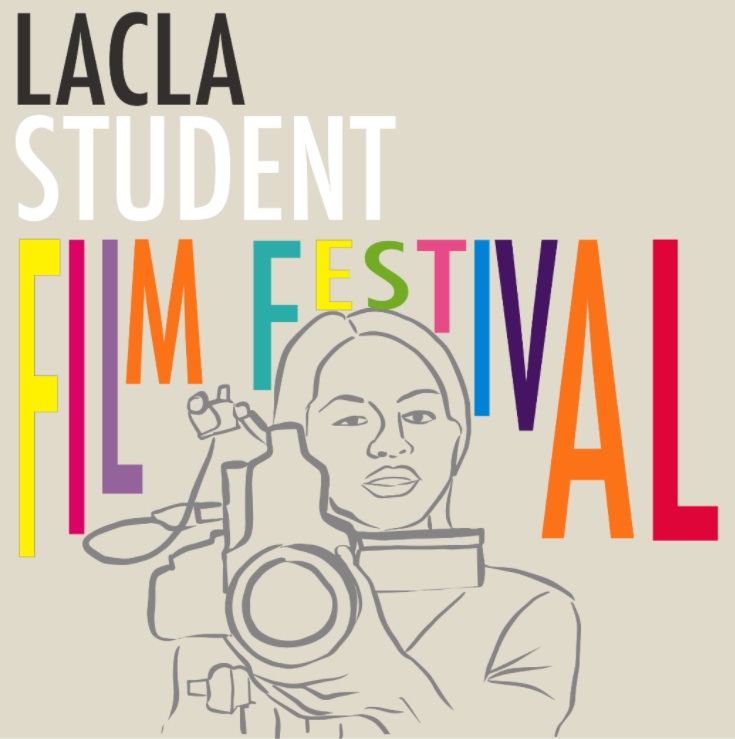 The festival will be available on the LACLA website at https://www.lacla.org/ as of December 18, 2020 and will remain on-line indefinitely.

As a means of encouraging and celebrating student film making, the festival will feature short films created by youth from various media arts programs and middle and high schools in the greater Los Angeles area.

“The Latin American Cinemateca of Los Angeles proudly presents the 13th Annual Student Film Festival honoring the creative work of our inner-city middle and high school students.  We also extend a special note of gratitude to the instructors for their dedication in guiding their students in this creative endeavor.  Congratulations to all!” says Michael E. Diaz – President of Latin American Cinemateca of Los Angeles.

LACLA’s 13th Annual Student Film Festival received over 200 film submissions. We will be showcasing 10 finalists. Winners will be selected for Best Film, Most Creative, and Best Social Impact. 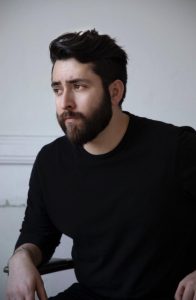 Andres Vasquez (Andrew Vasquez) is a writer and director from Los Angeles. He received his MFA in Film Production from the School of Cinematic Arts (USC). He is a co-founder of the Latinx production company BRACERO, creating with collaborators such as Black Lives Matter and the LA Philharmonic. Previously, he was a teaching artist with the nonprofit organization Films by Youth Inside, providing arts education and social justice advocacy for incarcerated and indigenous youth.

His project, Camisa Al Revés, was an official selection of the Los Angeles Film Festival (2018). His work has premiered on Remezcla and NPR Music ALT LATINO. His original play, Ciudadano Desaparecido, was commissioned and presented by the National Endowment for the Humanities and the American Library Association for the program Latino Americans: 500 Years of U.S. History. His recent script, Despierta, won the Sundance Co//ab Sound as Storytelling Challenge, presented by the Dolby Institute. Andres is currently a 2020 Film Independent Project Involve Directing Fellow. 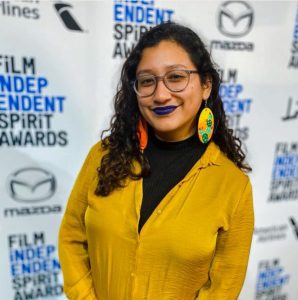 Priscila Elizabeth Alegria Núñez, aka, Pea Núñez (they/she), is a queer cinematographer, documentarian and photographer. Born in Peru, Pea grew up with an activist mom, who instilled in them a passion for social justice that runs deep and carries through their work. Armed with a point-and-shoot and poetry in the heart, Pea arrived in Sacramento, CA 9 years ago. Pea earned their BA in Film, with an emphasis in Cinematography from UCLA in 2017. Their work includes short fiction, short and feature docs, which were awarded at several LGBTQ festivals (Like Mother, Like Daughter), premiered at @outfest (AIDS Diva, La Sad Boy). They have also made marketing content for nonprofits featured in @filmindependent @uclalabor @penamerica @natgeo @innercitystruggle. Pea’s dream is to continue documenting queer and immigrant communities, following culture, traditions, and the environment AND travel to all 24 regions of Peru before 30. When not working at their full-time job at Trailer Park or freelancing, they find balance in meditation, the outdoors, yoga, and traveling.

The 13th annual LACLA Student Film Festival is made possible with funds from: HFPA, DCA, CAC, and Bal-Sol Enterprises. 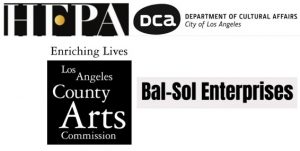