LA Voz US semifinalist Raymundo will be performing at Latin Nights alongside two special guests. 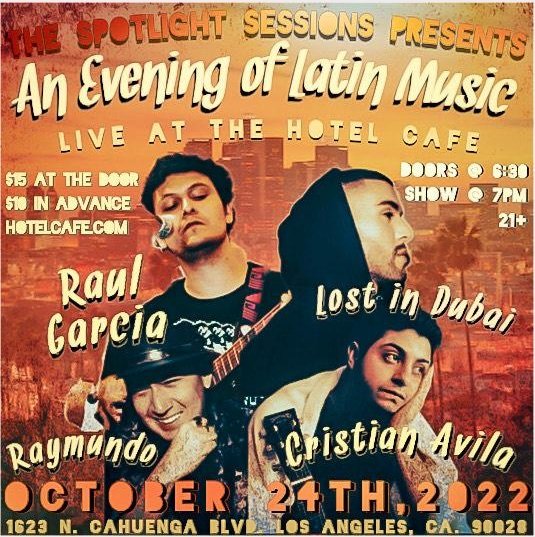 15 Oct LA Voz US semifinalist Raymundo will be performing at Latin Nights alongside two special guests.

Hotel Café event is establishing its own Mecca for Latin Music in Los Angeles. 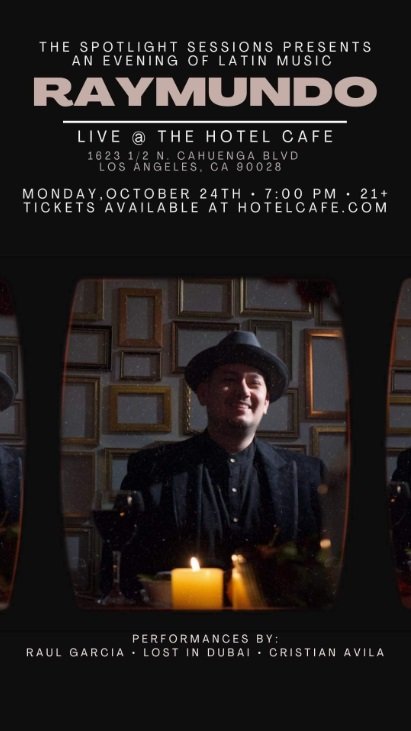 Los Angeles (October 2022) La Voz US semifinalist Latin Soul Singer-Songwriter Raymundo is performing at the Hotel Cafe on Monday, October 24th. This is a very special latin event in which he will be playing alongside his friends and co-writers, Grammy nominated singer-songwriter, Gustavo Galindo and Alex Bendaña bass player and one of the founding members of his Grammy award winning band, La Santa Cecilia.

Miami is the undisputed capital of Latin Music, but Los Angeles is establishing its own mecca for singer-songwriter-esque Latin Music.  Latin singer songwriter Nia Padilla is hosting & bringing together Latin Nights presented by the Spotlight Sessions at the renowned music venue, The Hotel Cafe.

“I created these Latin Nights to hold space for Latin American Artists to feel safe to express and celebrate our unique bicultural experience in both the English and Spanish language.” shares, Nia.

This will be Raymundo’s first live performance in over a year, and he will be performing for the first time his latest single “Miracles” a soulful song written for the lovers and non-believers, also included in the set list are never before heard songs written with Alex and Gustavo. “I’m in a new era in my life, filled with love and joy. I’m excited to share these new songs that reflect that with everyone for the first time.” shares, Raymundo.

Come support the Latino community and this special night with performances by Raul García, Lost in Dubai, Cristian Avila and closing the night Raymundo.