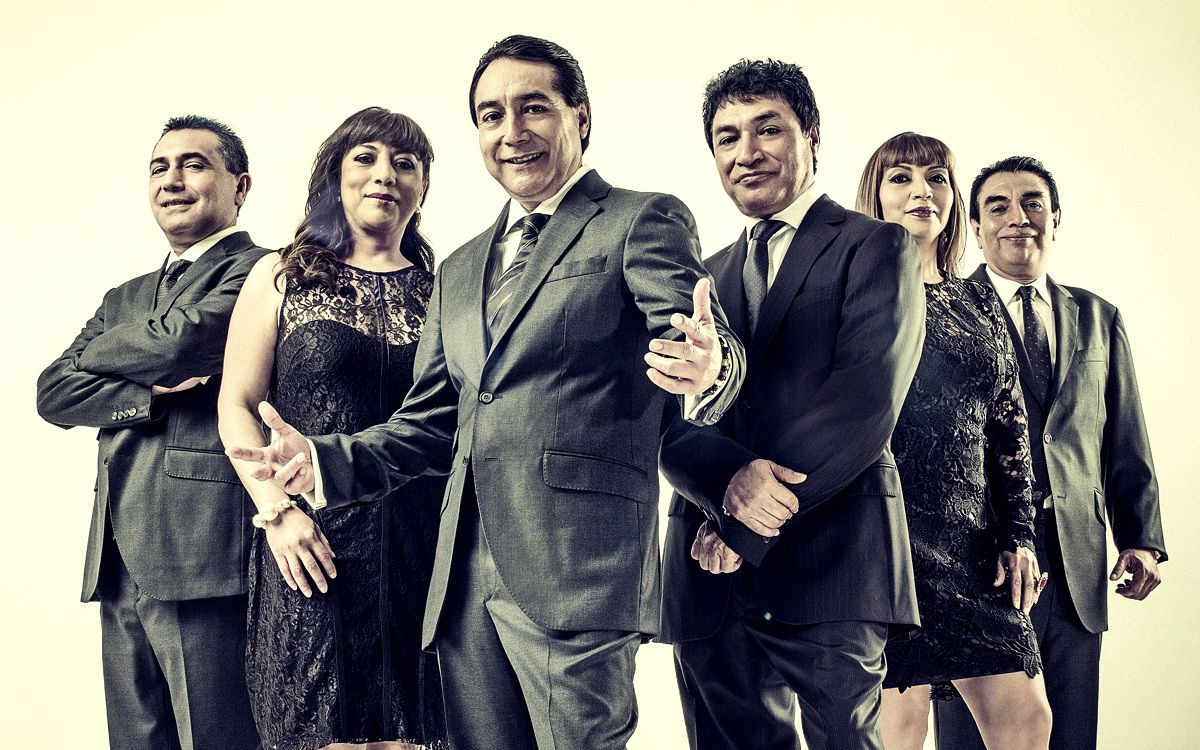 Their most recent album “De Plaza en Plaza” has defied all odds in bringing the cumbia genre to a new generation.  It was only fairly recently that ‘Mexican Cumbia’ music was relegated to “quinceañeras’ or weddings. That was before Los Angeles Azules catapulted the genre to new heights of cultural and social strata. defying all odds.

Los Angeles Azules released “Como Te Voy a Olvidar” in 2013, a greatest hits album featuring a stellar cast of Latin Alternative recording artists who couldn’t miss the opportunity to participate in an album that impacted the music industry and topped the sales charts in Mexico. Soon after Los Angeles Azules did the unthinkable, they performed at Mexico’s premiere Latin Rock Festival Vive Latino (2013) to a new generation of kids who rapidly embraced the music previously only heard at their parent’s fiestas.

Now Los Angeles Azules has become a touring powerhouse with more than 250 shows in a year, 5 ‘Sold out’ shows, performing at Mexico City’s première venue ‘Auditorio Nacional” (over 50,000 people during the five nights),  and introducing their unique brand of ‘Cumbia Sinfonica’ ( Symphonic Cumbia).

Their album “De Plaza En Plaza” (released in 2016) was produced by Camilo Lara and was written, co-produced, arranged by the very own, Los Angeles Azules’ Jorge Mejía Avante. The orchestration, symphonic arrangements, direction and production of orchestra was conducted by the maestro, Odilón Chávez. General production and mixing was done by Abelardo Rivera.

Los Angeles Azules were the overall best-selling artist of 2014 in Mexico. They’ve earned multiple nominations for the following awards: GRAMMY, Latin GRAMMY, Premio Lo Nuestro A La Musica Latina and Lunas del Auditorio (Mexico). They are also considered the best-selling Mexican cumbia act of all time with sales of more than 3.5 million.

Los Angeles Azules’s sound is a cumbia sonidera genre, a variation of Colombian cumbia with accordion and electronic synthesizers, creating a sound fusion of reminiscent of the 1950-1970s with those of 1990s-style electronic music. Los Angeles Azules was founded in  1976, but officially started in 1983, comprised by the siblings of the Mejía Avante family: Elías, Alfredo, José Hilario, Jorge, Cristina and Guadalupe.

Other Los Angeles Azules achievements include: