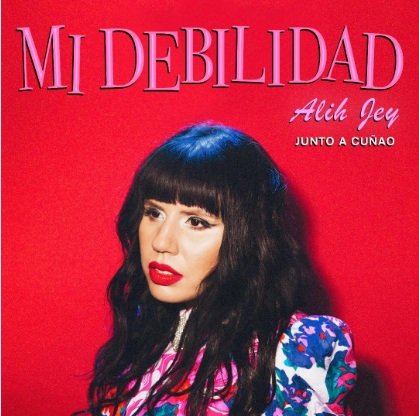 To be included in her upcoming album Soy De Peña, a tribute to her renowned father Aníbal De Peña, in Collaboration with Latin folk band Cuñao

“Mi Debilidad” is a song written by Aníbal de Peña that has endured through all the eras of Dominican music. This new version by Alih Jey is extraordinary. It has a very modern rhythm, yet remains authentic and indigenous.”
– Chevere Nights con Milagros 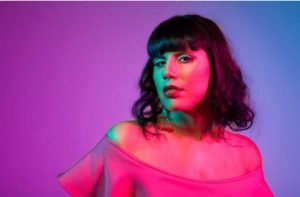 Soy De Peña, a tribute to her father Aníbal De Peña, who to this day remains an icon in Dominican musical history.

“Mi Debilidad” was written by De Peña and was his greatest success in the 1960’s. With an updated rhythm section and eclectic instrumentation provided by the Latin folk band Cuñao, Alih Jey’s newest version provides a modern, alternative take on this timeless classic while remaining true to the original version.

“We are thrilled to collaborate with Alih Jey in her tribute to her father Aníbal. His songs have a beautiful timelessness that resonates with Cuñao’s own musical history. Her quest to reimagine these gems into the 21st century aligns with the group’s vision to speak in a voice that learns the way of the new but yearns to belong to the old. Our attempt to bring new dynamics to these songs stems from the bands’ curiosity of our own cultural dualities and how they come together in a modern setting, all the while treating them with reverence”, says Cuñao.

To promote the single, Alih Jey recently performed on twenty-five shows during a nine-day trip to the Dominican Republic. During her televised performance on the renowned Dominican variety show Chevere Nights, her father surprised her on stage, and they performed her grandfather’s song  “Tú No Tienes La Culpa” as a duet. Aníbal De Peña is a legendary singer and composer from the Dominican Republic’s Golden Age of music with a catalogue ranging from romantic boleros to songs about social justice with political messages.

“Soy De Peña” chronicles the musical heritage of Alih Jey’s family with tributes to her father’s much beloved repertoire as well as her grandfather’s lesser-known musical poems. In certain regions of Latin America, a “peña” is a celebratory gathering of artists presenting their work and can also mean mountain. This double meaning reveals how Alih Jey’s newest project honors and adds to a rich, long-standing musical legacy. 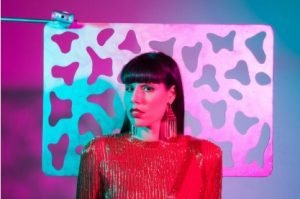 (Oh, how sad it is to have suffered)
Que triste haber tenido

(How sad to have had)
La debilidad de amarte

(The weakness of loving you)

(To see that I can’t tear from me)
Tu nombre, ni tu bondad

(Your name, nor your kindness)

(It’s difficult for me to smile)
Me es difícil llorar

(It’s difficult for me to cry)
Me es difícil vivir

(It’s difficult for me to live)
Que debilidad

(My weakness is not being able to forget)
todos tus besos

(all of your kisses)

(My weakness is still loving you)

Her song “Te Lo Debo a Ti” was described by Billboard as “one of the best female pop tracks in recent memory” (2004).