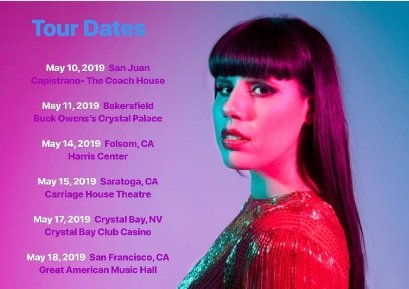 “Just like how international star Rosalia is reimagining Flamenco, Grammy nominated singer-songwriter Alih Jey is breathing new life into boleros. Trust me, her new single Mi Debilidad is definitely worth checking out, it’s romantic, it’s authentic and the sound is just rich all around.”- L.A. Taco

Alih’s Mi Debilidad, available on all platforms, features elements of the Dominican criolla and bolero, and is part of her upcoming album Soy De Peña, in collaboration with the band Cuñao. The album is a tribute to her father Aníbal De Peña, who to this day remains an icon in Dominican musical history.  Alih Jey presents a distinctive approach to alternative folk music, within an ever growing roster of Dominican female artists. Dominican women have been taking center stage in music, and Alih is bringing her Bolero-indie flavor and fresh sound into the mix. A bona fide rockera and previously Grammy-nominated for Best Rock Solo Vocal album, Alih kicks it up a notch by revamping culturally significant songs from the Dominican Republic in this tribute.

Soy De Peña chronicles the musical heritage of Alih Jey’s family with tributes to her father’s much beloved repertoire as well as her grandfather’s lesser-known musical poems. In certain regions of Latin America, a “peña” is a celebratory gathering of artists presenting their work and can also mean mountain. This double meaning reveals how Alih’s newest project honors and adds to a rich, long-standing musical legacy.