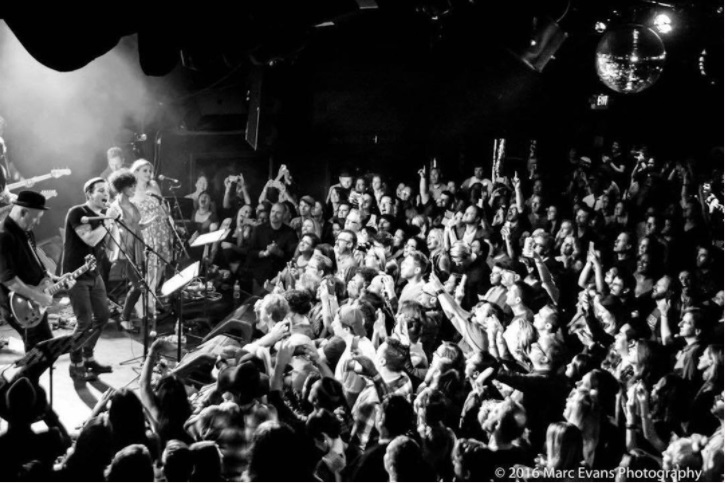 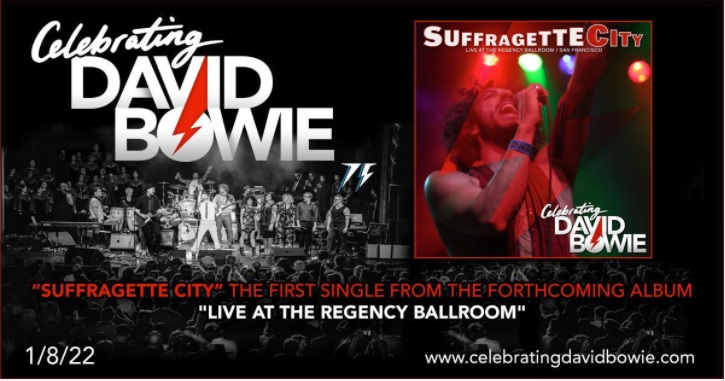 Signing with Ingrooves/Universal Records and Bliss Entertainment, CdB’s interpretation of “Suffragette City” is the first single from the upcoming album Live from the Regency Ballroom produced by Angelo “Scrote” Bundini with Executive Producer Gary Oldman.

The single, which was released on January 8th on what would have been David Bowie’s 75th birthday, is available on streaming platforms worldwide.

In addition to releasing the single, CdB celebrated Bowie’s 75th birthday by co-curating a compilation of his films, rare TV interviews, performances, and groundbreaking music videos titled TVC 75, a nod to the Bowie song “TVC 15”. 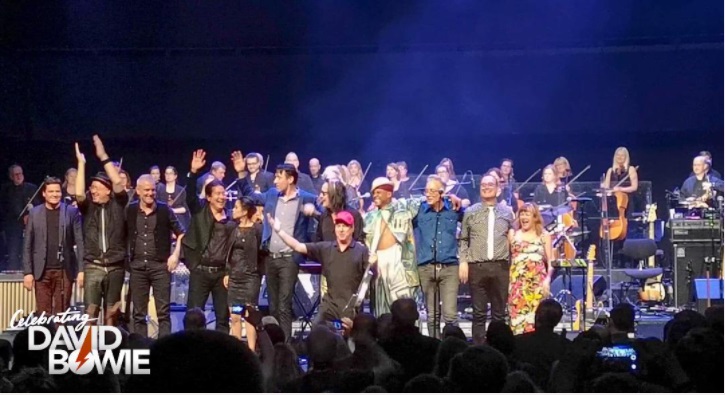 On March 26, 2016, shortly after Bowie’s passing, and on the heels of a sold-out performance at The Roxy Theater in Los Angeles, three dozen LA artists and musicians made their way to the Regency Ballroom in San Francisco by cars, trains, and planes to join forces with three dozen Bay Area artists and musicians to express their love for Bowie. What took place that evening was a celebration that David Bowie would have reveled in. The energy and transformative power of Bowie’s music was made evident in a thrilling ride through the Bowie catalog.

With deft personnel changes, The Regency ensemble backed up various lead vocalists as they rotated with each song. Talking Heads’ keyboardist Jerry Harrison sat in on keys before taking lead vocals on Bowie’s rousing version of “White Light White Heat”. Sting’s son, Joe Sumner, belted out “Life On Mars” supported by the band with Magik*Magik Orchestra. Latin Grammy® winning vocalist Gaby Moreno joined the ensemble a second time to perform “Wild Is The Wind” – one of the most stunning and memorable highlights of the evening. Her final note was delivered with glass shattering strength in one of those jaw-dropping moments that brought the house down.

Following The Regency show, CdB quickly became the largest grossing Bowie show in the world, performing to devoted Bowie fans in 17 countries on 4 continents, including two sold-out nights in the round at the Sydney Opera House, two nights at The Wiltern in Los Angeles, and Brixton Academy in London, with a percentage of proceeds benefiting charitable organizations (Save the Children, Todd Rundgren’s Spirit of Harmony Foundation, TJ Marshall Foundation, and Max’s Kansas City Project).

Commenting on the CdB projects, Gary Oldman states, “I came on because it’s a tribute to David.  I knew David.  I miss connecting with him and this is a way of doing it.”

The CdB tour is set to resume in the Spring of 2022.  Dates will be announced shortly.

“The sound felt so rich and full that it must have been challenging for the walls and roof to contain it. That it could all blow wide open at any moment, allowing the sound to escape to the heavens and beyond.”

“A passion that would make Bowie proud.” – Vanity Fair

“A massively huge sound that resounded across every single chunk of wood and plaster in the classic theater.” – Guitar Player Magazine

“Impeccably and diversely-talented bunch brought a collection of performances that impressed.” – E! News