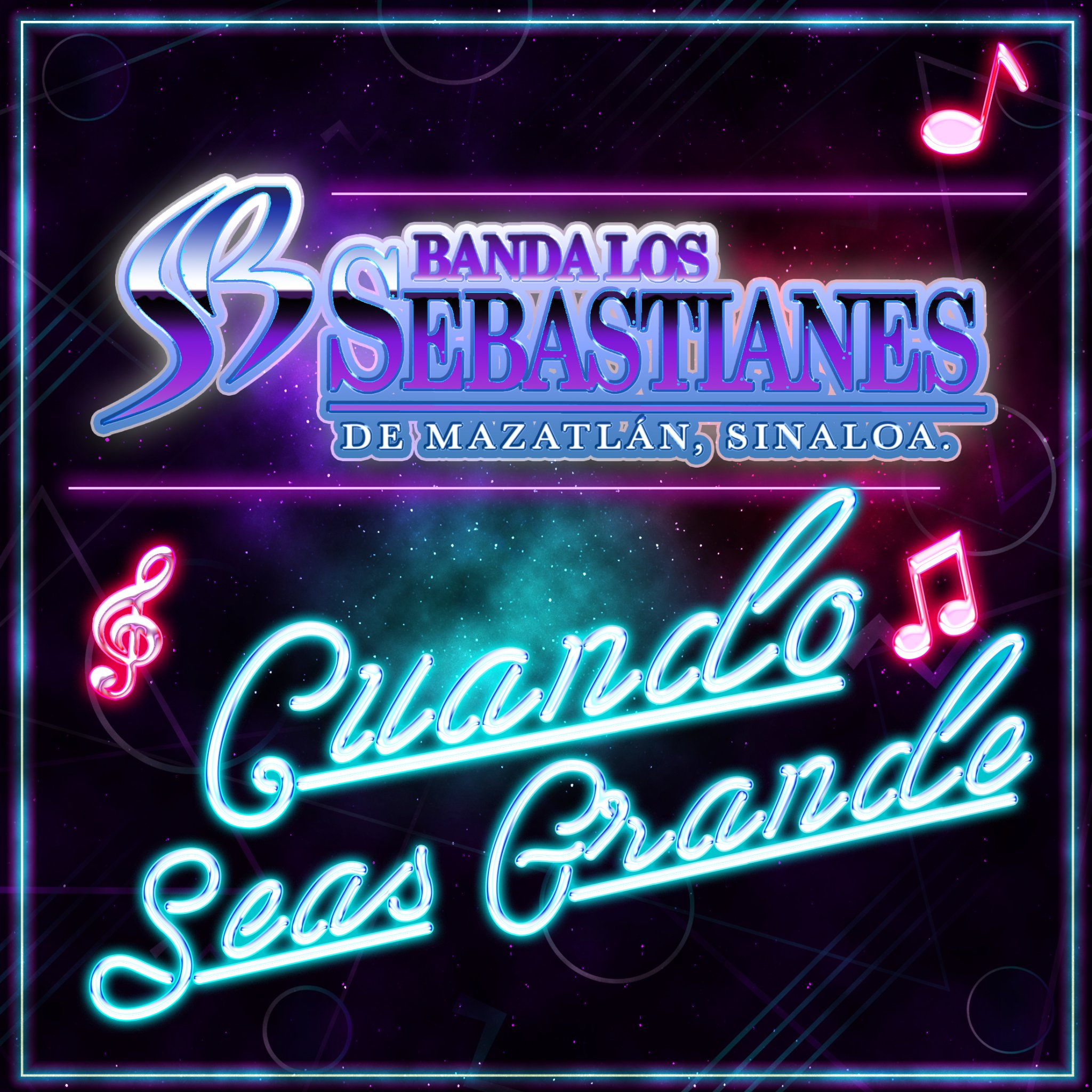 Written by the Argentine rock artist Miguel Mateos and originally released in 1986, “Cuando Seas Grande” has received a Regional Mexican makeover by Banda Los Sebastianes, combining strong brass arrangements, a dynamic rhythm section, and strong vocals by lead singer “Chocomilk”. The single can already be found on all digital platforms. On July 31st, the second single from the album, “Para Siempre”, will also be available to the public. A poignant ballad released in 1991 by the famous group Magneto, this new version by Banda Los Sebastianes features lush melodies as well as the touching voice of the banda’s second lead singer Andrés Padilla.

With Benditos 80’s, which was recorded at Estudio 21 in the banda’s hometown of Mazatlan, Mexico, Banda Los Sebastianes look forward to introducing timeless songs to younger fans that may have never heard them before. The banda has never been afraid to experiment musically, and they are excited for this new phase in their already successful career.

Originally from Mazatlán, Mexico, Banda Los Sebastianes has become one of the most sought after bandas on both sides of the Mexico/US border.

The history of Banda Los Sebastianes begins in 2012. Since forming, they have released a slew of internationally popular albums featuring award-winning singles such as “A Través Del Vaso”, “Por Si No Recuerdas”, “En Eso No Quedamos”, “Indeleble”, and “Mi Meta Contigo”.

2019 was an important year for Banda Los Sebastianes. They were nominated in three categories at Premios De La Radio, winning Canción Banda del Año for “A Través Del Vaso”. At Premios Bandamax, they won Canción del Año for the same single, and to top things off, Banda Los Sebastianes won a Latin Grammy award in 2019 for Mejor Álbum de Música Banda for the album A Través Del Vaso. Most recently, at Premio Lo Nuestro 2020 they won Colaboración del año Regional Mexicano for the song “Un Año” featuring Sebastian Yatra.

Passion, romance, and a positive attitude are elements that make up the essence of Banda Los Sebastianes, who have demonstrated that through time and experience you can touch the heart of the public.