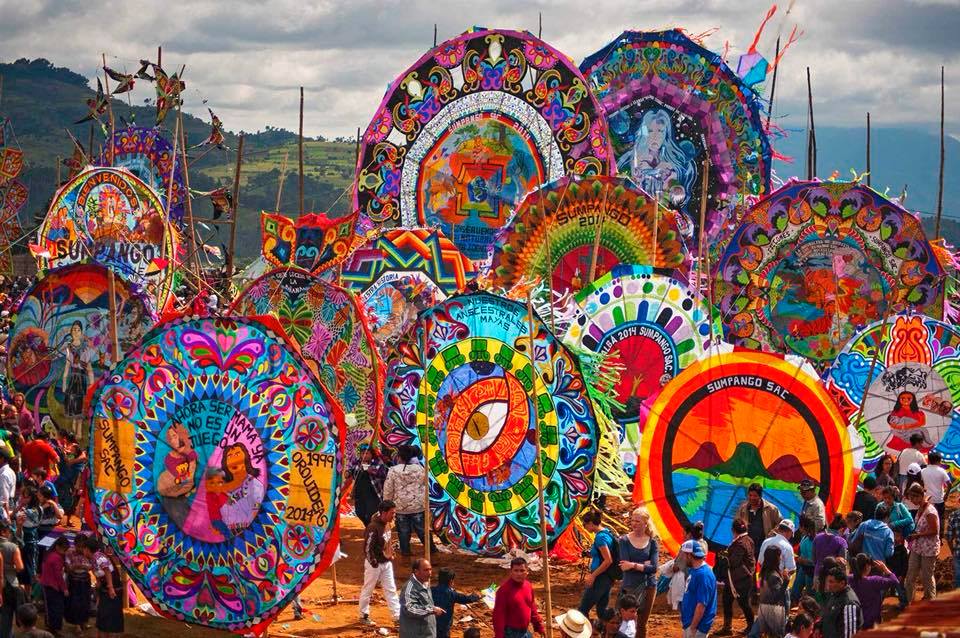 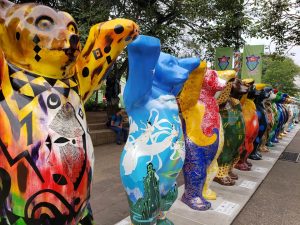 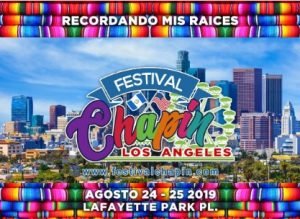 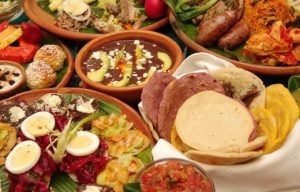 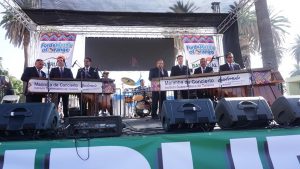 Elevating of 40 ft traditional Kite (Barrilete) on August 24, at 10 am 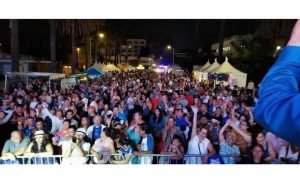 Vesper Public Relations. Los Angeles, CA. June 2019. The 2019 Festival Chapín Los Ángeles will take place in Los Angeles’ Lafayette Park on August 24 and 25 from 10:00 am to 10:00 pm. The free and 3th annual event, whose theme this year is ‘Recordando mis Raíces’ (Remembering my roots), celebrates Guatemalan culture via the country’s historic folklore, music, and ‘Chapín’ gastronomy.

The festival invites Angelenos of all communities to enjoy live traditional marimba music, ten food vendors, as well as fifteen exhibitors with traditional clothing and artisanal goods from Guatemala.

On Saturday, August 24 at 10:00 am, a forty foot long decorated kite (‘barrilete’) will be elevated at the festival. A tradition during ‘Día de Muertos’ (Day of the Dead) in Guatemala is the flying of these gigantic and beautifully decorated kites, created by the people of Sumpango and Santiago Sacatepéquez, Guatemala.

One of the exhibitors will be displaying little dolls called ‘quitapenas’. In Guatemala there exists a tradition that when people have some problemor worry,they seek out these colorful little dolls, which they place under their pillowsso that while they are sleeping, the ‘quitapenas’ take away all their sorrows.

The Republic of Guatemala is a Central American country which historically formed the core of the Maya civilization, one of the most sophisticated and highly developed societies in the history of the Americas and the entire world. After being subjugated to Spanish rule, Guatemala gained independence in 1821 and became an independent republic in 1821.         A decades-long civil war that began in the 1950s provided the impetus for generations of Guatemalans to seek a better life abroad, often in Florida, Texas, and California.

Metro Los Angeles is home to an estimated 500,000 Guatemalans (or Guatemaltecos), making it the largest Guatemalan community outside Guatemala. Communities with substantial populations of Guatemalans include the cities of Los Angeles, Long Beach, Hawthorne, Palmdale, Inglewood, Paramount, and the unincorporated communities of Lennox and Val Verde. Metro Los Angeles is also home to several notable Guatemalans, including the prominent street artist Mauricio “Cache” Reyes, as well as a plethora of Guatemalan restaurants serving up delicious traditional dishes.

Chapín is a word that many Guatemalans use to describe their ethnicity with pride, andthe history of the word chapín dates back to the 15th century. Chapines were a type of platform that were popular in Spain. The footwear for which the Guatemalan nickname gained its name eventually disappeared and at present the name is very popular and is used as an adjective for a person who comes from Guatemala.

Festival Chapín Los Ángeles is a non-profit organization based in California that’s committed to promoting the art and culture of Guatemala abroad. Its mission is to offerresources to educational institutionsin Guatemalathat help to promote the education, health and well-beingfor children from less-advantaged homes inthe country.