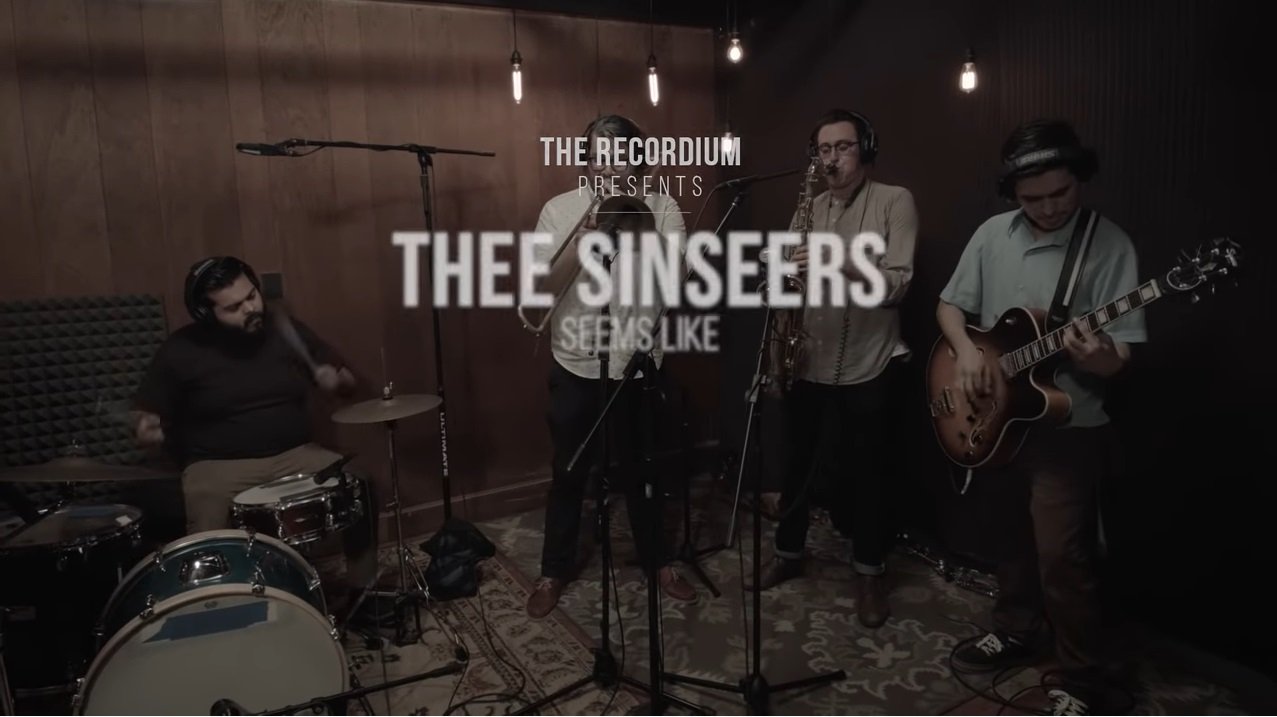 Thee Sinseers wowed the LAMC virtual audience with their unique blend of ‘Souldies’ during their peermusic showcase; earning them a LAMC Discovery Award presented by Taylor Guitars. Referred to as the “Sundance of Latin music,” the LAMC serves as a continuous indicator of what is up and coming.

Led by Latinx singer-songwriter Joseph Quiñones and featuring a full rhythm and brass section, Thee Sinseers are part of a new generation of bands that are inspired by the interrelated lowrider and soul music scenes that began within the Chicano communities of Los Angeles in the 1950s. The popularity of this cultural phenomenon has seen a recent revival, with Southern California-based bands like Chicano Batman and Brainstory receiving national attention.

Thee Sinseers are part of the Colemine Records family, who released their first singles for the songs “It Was Only A Dream” and “I Don’t Mind” in 2019, with a full length expected for release before the close of 2020.  Earlier this year the band’s song “Seems Like” was also included in the inaugural compilation EP titled Presenting Penrose Records, from the Penrose imprint of the renowned, Brooklyn-based Daptone Records founded by famed producer Gabriel Roth, aka Bosco Mann (Amy Winehouse, Sharon Jones, Booker T. Jones).

“It Was Only A Dream” – Colemine Records

The Latin Alternative Music Conference (LAMC) is a prestigious entertainment conference geared towards the marketing of Spanish-language and Latin alternative music. It showcases what it considers the best in Latin music and the exciting fresh sounds coming out of Latin America and beyond.

ABOUT THEE SINSEERS: Straight from the working-class neighborhood of East LA, Thee Sinseers are led by Joseph Quiñones and embody the lowrider sweet soul vibe. Love songs, washed with reverb, slow tempos for rolling, and a vibe for days. This type of doo-wop soul has been embraced by the Chicano culture and with a growing scene; Thee Sinseers look to make their own mark.

In 2019, the band released two live video performances on The Recordium YouTube channel that have racked up over 3 million combined views. The band released their most recent single “Seems Like” in March 2020 via Penrose Records.

In December 2019, Thee Sinseers performed at the prestigious Trans Musicales festival in Rennes, France. While in France, they also recorded a live session with the Seattle-based KEXP radio station, which is now available online.

Aside from his work with Thee Sinseers, Quiñones regularly produces, writes for and performs with Trish Toledo and also has a solo project Barrio Joyride, which channels and revamps the 70s Chicano sounds of groups like Malo, Santana and El Chicano.

“What’s His Name?” – Live at The Recordium