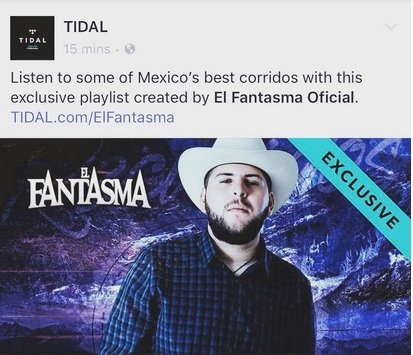 The  King of  Underground /Regional Mexican

EL FANTASAMA has risen to the echelons of the music charts, stirring up a social media phenomenon with his unique style of ‘corridos” such as “Mi 45” which has garnered over a million views on You Tube.

Originally from Las Cañas Durango, Mexico EL FANTASMA began singing in the streets of his home state, and upon arriving to Southern California, worked as a gardener cutting trees before reaching stardom.