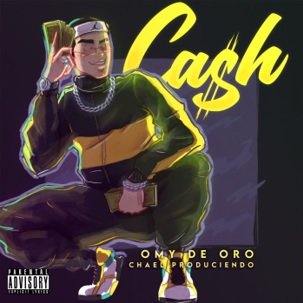 OMY DE ORO, was listed amongst “5 Latinx Artists to Watch in 2020” by FORBES magazine 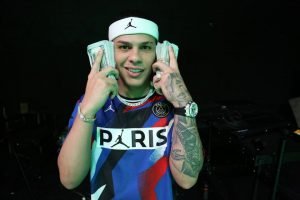 Miami, FL (May, 2020) – Talented emerging rapper, OMY DE ORO begins a new phase in his artistic career with the release of his new song titled “CASH” accompanied by a creative official music video. The artist recently signed a deal with Caroline, who, in association with Young Boss Entertainment and Share That Music, will be in charge of his musical growth and will open new doors of opportunity for the young star to reach a wider audience.

Acclaimed for his ingenious grouping of words to a beat, Omy has gained the respect among many Latin urban idols, such as Yandel, who recently expressed his interest in collaborating with the artist during a live interview with Rapetón. The support has also been reflected in his multiple collaborations with artists such as Bad Bunny in “Subimos De Rango” (Going Up Ranks) and Alex Rose in “No Te Asustes” (Don’t Be Afraid).

After enjoying “Cash,” fans will be anxiously expecting the collaboration with Rauw Alejandro after both artists confirmed the news via Twitter. Other songs that have positioned Omy De Oro as Latin Rap elite are “Lalu” and “Sayonara.”

Caroline currently works with an impressive roster of global superstar artists, including Trippie Redd, NCT 127, Brytiago and Lil Baby, among others. Omy’s proven success, undeniable talent, and rawness was what prompted the company to sign him, and thereby offer him the resources to reach his full potential.

“Cash” is now the first single off his forthcoming summer 2020 EP “El Rey Del Punchline” (The King of Punchlines).