#MexicanHipHop #C-KAN one of the most successful Mexican Rap and Hip-Hop artist with 40 official videos and million views releases new album in March ““Clasificación C, Vol. 2”

(C-KAN brings the Mexican Hip Hop movement to the U.S.A.) 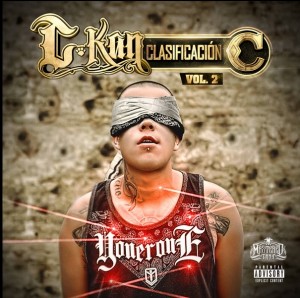 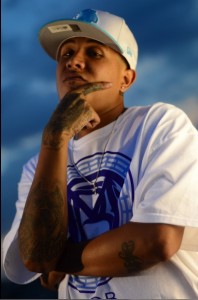 Vesper Public Relations. Los Angeles. February 18, 2015. Lead by the fame that he has obtained in his country, where he participated in massive international events such as Fiestas de Octubre in Guadalajara, Mexico, the Negro Blue Colash festival and I Love Hip Hop Festival, among others, C-Kan comes to United States for the first time ready to make his mark on the Rap and Hip-Hop world with a new album to be released on March 17th, 2015 in Mexico and United States.

Hailing from Guadalajara, Mexico, José Luis Maldonado Ramos, best known as C-Kan “el Perro de la C”, impressed fans during his first large local performance, becoming a major hit in the urbano genre in 2004 when he was only 17 years old. The impact he made among fans and in the urban music scene led to his first, self-produced album, “Chikano”, and would later transcend his own success with “Lado Obscuro” being his first “mixtape” as a solo artist with “Dejame Afinar los Gallos”, which opened doors to the beginning of his burgeoning career becoming one of the most important rappers of his country.

Get to know more about C-Kan through his EPK

Among his most important performances in major festivals are “Revolution Fest”, “Planeta Hip Hop”, “Los Reyes Del Barrio” and “I Love Hip Hop” that put him at the top as The Revealed Hip Hop Artist of the Year 2012.

He has also been invited onto renowned, national high-ranking shows such as “Sabadazo TV”, where he’s had two spectacular performances.

His fame has not only been achieved through solo performances, but he has also captivated millions of fans through his social media networks such as Twitter and Facebook with more than 2 million followers and VEVO with more than 600 thousand subscribers. His album, “Voy por el Sueño de Muchos”, reached first place in digital sales in 2012 under the Latinos, Hip-Hop/Rap and Lo Mas Hot categories on iTunes in Mexico.

His discography is composed of successful productions such as:

Links of some of his most listened hits:

(One of his first creations with 20 million views)