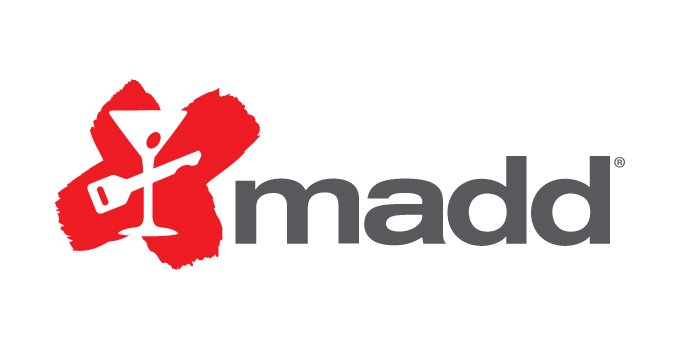 — Los Angeles City Hall to be Lit in Red in honor and memory of drunk and drugged driving victims. —

Los Angeles, California (Nov. 3, 2022) – The Southern California office of Mothers Against Drunk Driving® (MADD) along with local officials, law enforcement; and drunk and drugged driving victims will host a press conference followed by a candlelight vigil to kick off MADD’s Tie One On for Safety® campaign on Friday, November 18th, 2022, in the City of Los Angeles. This holiday season will mark MADD’s 36th year celebrating the Tie One on For Safety Campaign.

In collaboration with Councilman Mitch O’Farrell along with the City of Los Angeles, Los Angeles City Hall will be illuminated in red in honor and memory of drunk and drunk driving victims.  This will be the first time in MADD Southern California’s history that victims have been honored in such a meaningful way.  Illuminating the lights red will officially acknowledge the kickoff of MADD’s Tie One On for Safety® (TOOFS) campaign.  TOOFS is MADD’s longest-running designated driver, and public awareness program.  TOOFS highlights efforts to save lives during one of the most dangerous times of the year on our nation’s roadways – the holiday season between Thanksgiving and New Year’s Day.

“Whether you’re going out to holiday festivities or hosting a party, always remember your designated driver,” said Alex Otte, MADD National President. “Everyone can help keep our holiday season joyous by planning ahead when celebrations include alcohol. Take personal responsibility for your travel by choosing a non-drinking, unimpaired driver, and remember to include non-alcoholic options for the designated drivers who are guests in your home.”

The holidays are among the most dangerous times on our nation’s roadways, with more people traveling, an increased number of events where alcohol is served, and a surge in drunk driving. Between 6 p.m. Thanksgiving Eve through New Year’s Eve in 2020, there were 1,133 lives lost to drunk driving across the country, accounting for 30 percent of all traffic deaths, according to the National Highway Traffic Safety Administration (NHTSA).  In addition, a new study by NHTSA shows an alarming 7% increase in alcohol-related crashes in the first quarter of 2022 compared to 2021.

“We know everyone is rushing around during the weeks leading up to the holidays, preparing for holiday gatherings and getting into the seasonal mood,” said Patricia Rillera, MADD California State Executive Director. “If you plan to head out to festivities, make sure you plan a sober ride home because driving drunk should never be an option. Even one drink is one drink too many if you’re the driver. Buzzed Driving Is Drunk Driving,” Rillera said.

With so many public transportation options, there is no excuse to drive while impaired with alcohol or other drugs.

Sadly, in 2020 alone, 3,847 Californians died in alcohol-impaired crashes – almost double the rate of homicides in the state according to the California Department of Justice’s 2020 Criminal Justice Statistics Report. According to the most recent NHTSA data, California had the largest increase of any state in lives lost in an alcohol-impaired-driving crash in 2020 – an alarming 20% increase in the number of fatalities from 2019 to 2020. This equates to an additional 193 lives lost and an additional 193 devastated families.

Since 1986, MADD has helped to make the “designated driver” a household name through its longest-running annual public awareness campaign, Tie One On for Safety.  This red ribbon campaign happens annually during November and December. December is also National Impaired Driving Prevention Month, a designation proclaimed by every U.S. President since 1981.

MADD thanks all law enforcement personnel who will be working harder than ever this holiday season to protect the public from drunk driving through increased patrols and Drive Sober or Get Pulled Over enforcement efforts. MADD appreciates their enforcement through high-visibility checkpoints and saturation patrols to keep our roadways safe.

MADD is grateful for the partnership of its National Tie One On for Safety presenting sponsor, Waymo.  Because of the work of strategic partners like Waymo, MADD is confident that reaching a future of NO MORE VICTIMS is attainable.  But to get there, we will need everyone to join in our lifesaving work by making plans before the festivities begin, designating a non-drinking, non-consuming driver, and buckling up this holiday season.

To learn more about Tie One On for Safety and pick up your red ribbon, contact MADD Southern California at 714.838.6199 or LosAngeles.CA@madd.org. For safe party tips, visit madd.org/toofshttp://www.madd.org/drunk-driving/safe-party/.
About Mothers Against Drunk Driving
Founded in 1980 by a mother whose daughter was killed by a drunk driver, Mothers Against Drunk Driving® (MADD) is the nation’s largest nonprofit working to end drunk driving, help fight drugged driving, support the victims of these violent crimes and prevent underage drinking. MADD has helped to save over 390,000 lives, reduce drunk driving deaths by more than 50 percent and promote designating a non-drinking driver. MADD’s Campaign to Eliminate Drunk Driving® calls for law enforcement support, ignition interlocks for all offenders and advanced vehicle technology. MADD has provided supportive services to nearly one million drunk and drugged driving victims and survivors at no charge through local victim advocates and the 24-Hour Victim Help Line 1-877-MADD-HELP. Visit www.madd.org or call 1-877-ASK-MADD.

Waymo is an autonomous driving technology company with a mission to make it safe and easy for people and things to get where they’re going. Since our start as the Google Self-Driving Car Project in 2009, Waymo has been focused on building the World’s Most Experienced Driver to improve the world’s access to mobility while saving thousands of lives now lost to traffic crashes. The Waymo Driver powers Waymo One, the world’s first fully driverless ride-hailing service, as well as Waymo Via, our trucking and local delivery service. To date, Waymo has driven over 20 million miles autonomously on public roads across 25 U.S. cities and driven over 15 billion miles in simulation.  For more visit www.waymo.com.

Alex Otte’s family came to MADD in 2010, not long after a drunk driver forever changed Alex’s young life, when she was run over by an intoxicated boat operator two days before the July 4th holiday.

In the years immediately following the crash, Alex was involved with MADD as a volunteer, attending annual Walk Like MADD events and connecting with students in high schools across central Kentucky. Although Alex was only 13 years old at the time of her crash, she soon dedicated her life to ensuring that there will come a day when no other child is forced to face such a tragedy.

Before becoming National President in 2021, Alex worked with MADD Kentucky staff and many other dedicated volunteers to pass state legislation requiring the use of ignition interlocks for drunk driving offenders — first in 2015 and again in 2019, making Kentucky the 34th state with an all-offender ignition interlock law. Alex spoke out again on behalf of Marsy’s Law, a crime victims’ rights bill, in the state of Kentucky in 2018 and 2020 when it was ultimately added as an amendment to the state constitution.

Alex served as a National Teen Influence for MADD in 2014 and was awarded MADD’s National Youth Activist of the Year award in 2015 for her tireless efforts to pass ignition interlock legislation in her state.

As MADD’s national spokesperson, Alex speaks to lawmakers across the nation about the importance of requiring ignition interlocks for all offenders, a cornerstone of MADD’s Campaign to Eliminate Drunk Driving®. She advocates for high-visibility law enforcement, such as sobriety checkpoints that can reduce drunk driving deaths by 17 percent. She champions personal accountability and advanced drunk driving prevention technology in all vehicles, which has the potential to eliminate drunk driving.

Alex urges teens and young adults to abstain from alcohol until 21 and encourages parents and other role models to have this conversation with those in their sphere of influence. Alex has spent the past decade telling her devastating story, and the stories of so many like her, across the country at schools, churches, law enforcement groups, and in the media. While such a personal story can be difficult to tell, Alex will spend the rest of her life grappling with the fact that she survived when so many others’ lives are needlessly lost. She chooses to believe that she has been put in this position to be a voice for injured victims and for those who have been killed as a result of this 100% preventable crime.

In addition to her volunteer work with MADD, Alex spent two years as a Research Associate for the National Association of State Boating Law Administrators, focusing her attention on boating and water safety and preventing boating under the influence. She graduated from the University of Kentucky with a degree in Journalism.