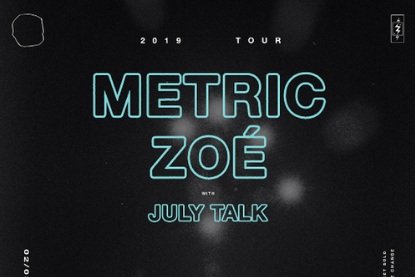 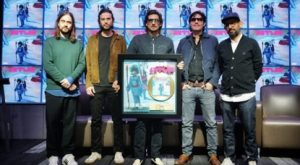 Vesper Public Relations. Los Angeles, CA. January 2019.  Zoé, one of the most acclaimed Mexican rock bands of the past several decades, will begin their much-anticipated 2019 U.S. Tour.

Canadian bands Metric and July Talk will join them for the majority of the concerts, which kick off this one of a kind multicultural tour that only a band with Zoé’s sound can pull off on February 13 in Boston, Massachusetts at the House of Blues.

Zoé’s current sixth studio album titled  Aztlán was inspired by the mythical birthplace of the Mexica people who would later come to rule the Aztec Empire, the album incorporates psychedelic rock, synth pop, indie rock, and classic rock en español influences and explores the universal themes of identity, technology, social-consciousness, and love in the modern world.

Aztlán has since achieved gold status, with more than thirty thousand copies sold in Mexico & a Latin Grammy nomination in 2018 for ‘Best Rock Album’. The album has also been streamed more than one hundred million times. Zoé topped the charts of music videos and downloads with the release of the album’s first single “Azul”, which they repeated with the release of their other two singles “Hielo” and “No hay mal que dure”. Moreover, the release of the album was historic beginning with the first day. Eleven of its tracks reached the Top 200 of Spotify, a first for a band from Mexico, and the album continued to top physical and digital sales lists afterwards for several consecutive weeks. 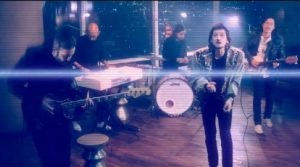