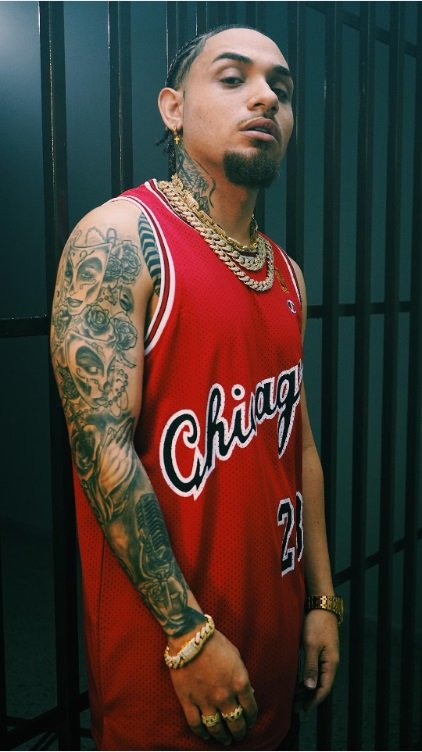 Los Angeles, June 2020 – Jey Blessing is proud to present his newest EP 2Y2L (Too Young, Too Legend), which has six singles featuring a diversity of styles including trap, rap and reggaeton. The EP is available on all digital platforms.

A talented group of local Puerto Rican artists produced 2Y2L, including Machael, Young Class, Zayas, and GazWes, giving a unique and fresh touch to the songs.

The single titled “Cadenas” off the EP and includes a music video directed by Adalberto Martínez.

“For me, ‘Cadenas’ represents how artists feel while growing, such as myself. We as new artists have a clear objective – we want to progress without losing our essence. I hope that audiences will be able to see my versatility with the EP’s different rhythms and styles. I hope that you’ll enjoy it as much as I do,” comments Jey Blessing.

Fort the next four weeks, Jey Blessing will be debuting the remaining music videos from the EP on his YouTube channel.

Jey Blessing has been part of the independent record label Duars Entertainment since the end of 2018 with distribution by Caroline. His most popular single so far has been “Suave Remix”, which features Rauw Alejandro. The music video has surpassed fifteen million views on YouTube and has more than ten million streams on various digital platforms.

Jey Blessing – the artistic name for Jorge Luis Pabón- was born on November 25 in Río Piedras and was raised in Carolina, Puerto Rico. Urban music has been a major influence on his life and his father was a producer and composer of urban music during its early stages.

Jey Blessing’s main musical influence is 90’s Hip-Hop. At the age of fourteen, he began to participate in freestyle competitions, which captured the attention of all those that heard his flow. Since then, he has dedicated himself to singing.