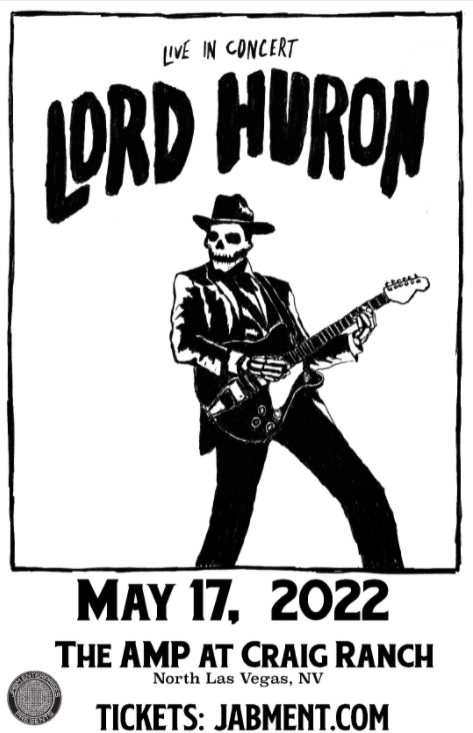 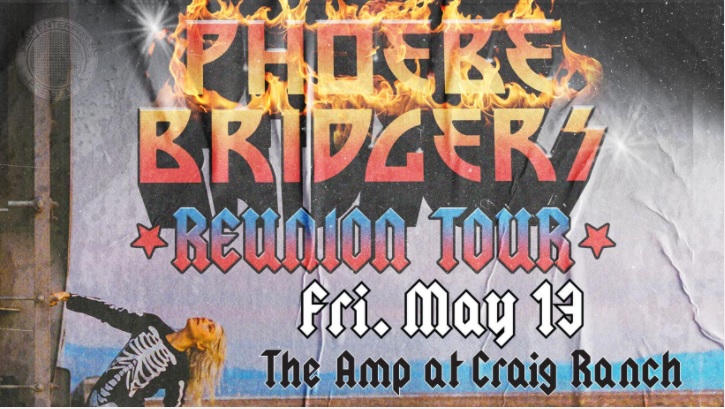 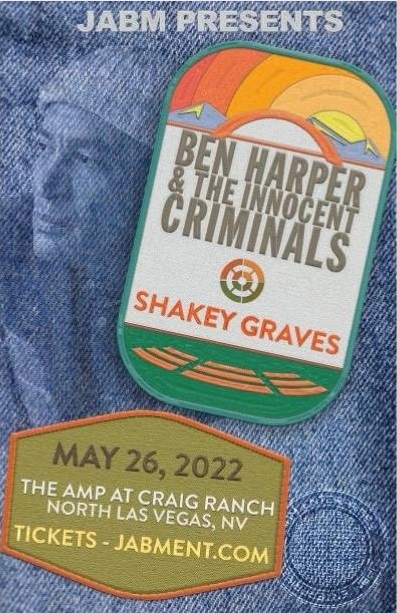 The upcoming JABM concert schedule at The Amp is as follows: Phoebe Bridgers (Friday, May 13); Lord Huron (Tuesday, May 17); Ben Harper & The Innocent Criminals plus Shakey Graves (Thursday, May 26).

Phoebe Bridgers is an indie rock musician hailing from Los Angeles, California. Bridgers’ music has been described as “exquisitely raw and revealing” (Pitchfork). Best known for her work as a solo singer-songwriter, she is also a part of two music groups: Boygenius (with Julien Baker and Lucy Dacus), and Better Oblivion Community Center (with Conor Oberst). Bridgers’ debut studio album, Stranger in the Alps, was released in 2017, and in 2020 she followed up with her second album, Punisher.

Evoking wide-open vistas and the spirit of travel, American indie outfit Lord Huron emerged in the early 2010s, bringing together an expansive and dynamic blend of folk, rock, pop, and threads of Americana. Led by Michigan native Ben Schneider, the Los Angeles-based Lord Huron, who take their name from one of the five Great Lakes, released their debut album, Lonesome Drams, in 2012, which debuted at No. 5 on Billboard’s Heatseekers Albums chart. Their lush, Western-inspired second album Strange Trails was released in 2015, and its closing track, “The Night We Met”, was featured in the Netflix series 13 Reasons Why and was certified platinum. Most recently, Lord Huron released their streaming concert series Alive from Whispering Pines and their fourth full-length album Long Lost.

Grammy award-winning guitarist, songwriter, bandleader, and producer Ben Harper has developed a loyal following over the past three decades with his eclectic mix of blues, folk, soul, reggae, and rock music. He has released twelve studio albums and has toured throughout the United States, Europe and beyond. He gained notoriety in the 1990s with albums like Welcome to the Cruel World and its follow-up Fight for Your Mind which were both certified gold Harper has since become wildly diverse performer, collaborator, and sideman who has worked with artists ranging from the Blind Boys of Alabama and Charlie Musselwhite to John Mayer and Mavis Staples.

Shakey Graves, aka Alejandro Rose-Garcia from Austin, Texas, plays a gnarly composite of blues and folk as a one-man-band of epic sonic proportions. The sound emitted from his hollow body guitar, mildly distorted amp and suitcase drum belie the young singer’s lean frame. He fingerpicks while keeping time with a double-pedal kick drum, hitting a snare fitted into his suitcase drum and a tambourine fashioned to its side. Gritty groans and sexy moans carry his stories of both accepting and trying to overcome personal challenges masked with old-timey Western imagery. He has released three studio albums and five EPs to date.

JABM Enterprises is an entertainment events company specializing in premium live performance experiences. JABM has strategically partnered with some of the most unique venues to provide patrons the getaway they need if only for a few hours of entertainment. JABM Presents is one of the featured Promoters at The Amp at Craig Ranch, bringing the best in live music & comedy to the Vegas communities.

For more information about Phoebe Bridgers:

For more information about Lord Huron:

For more information about Ben Harper & The Innocent Criminals:

For more information about Shakey Graves: