JABM Presents: George Clinton and Parliament Funkadelic with the One Nation Under a Groove Tour 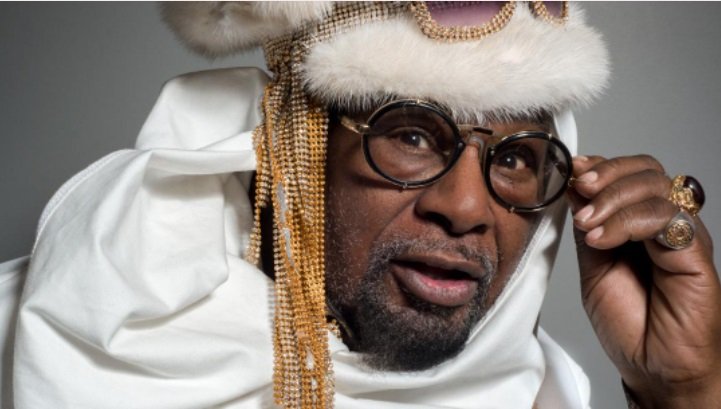 25 May JABM Presents: George Clinton and Parliament Funkadelic with the One Nation Under a Groove Tour 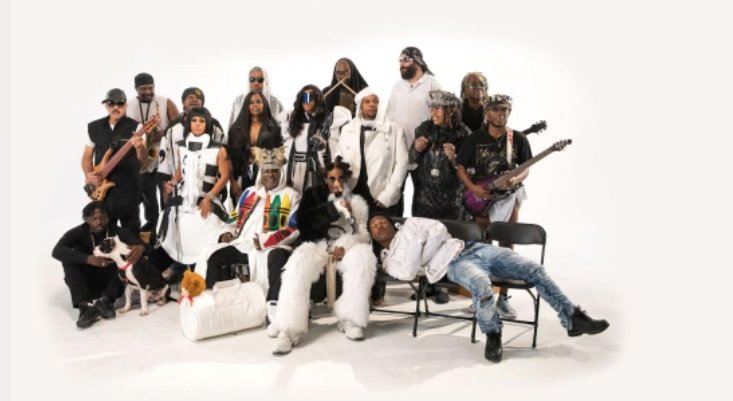 Los Angeles May 2022 – JABM is proud to bring the party to North Las Vegas with George Clinton & Parliament Funkadelic’s One Nation Under a Groove Tour on August 13, 2022. Iconic front-man George Clinton is still at the helm, and this time, he’s bringing his friends Karl Denson’s Tiny Universe, Fishbone and Fantastic Negrito.

With a career spanning 50 years of pioneering music, breaking down cultural barriers, and blurring the lines between genres, George Clinton continues his unstoppable march forward into the future of music. As so many generations of fans have come to realize, the Godfather of Funk is so much more than the artist who ‘blew the roof off the sucka’ with his blockbuster “Mothership Tour” in the 1970’s – an event that still looms large in the minds of fans from that era.  He is also the man who discovered Bootsy Collins and produced a young bunch of dudes called The Red Hot Chilli Peppers. Clinton’s music has even helped give birth to hip hop culture by way of his influence on Ice Cube, Snoop, Dr. Dre, and countless others who sampled his music over the years. In 2015, George Clinton finally won a Grammy with Kendrick Lamar for the album To Pimp a Butterfly.

Renowned singer and saxophonist Karl Denson fronts the Tiny Universe as if he’s preaching the gospel. His energy and spirit are contagious while his songwriting serves a larger message of fellowship—across generations, genders, religions and cultures. Influenced by legends James Brown, Maceo Parker, and Parliament-Funkadelic, Karl Denson’s Tiny Universe serves up a fiery brand of jazz and funk. In addition to his work with the Tiny Universe, Denson serves as the touring saxophonist with The Rolling Stones while continuing to hold down his role as a founding member of the seminal funk band The Greyboy Allstars.

Bay Area-based singer/songwriter Xavier Dphrepaulezz rebooted his career in the 2010s by adopting the name Fantastic Negrito and pioneering a blues, hip-hop, rock, folk, and funk hybrid. After winning the inaugural NPR Tiny Desk Contest, in 2016, he released his debut album as Fantastic Negrito, The Last Days of Oakland. NPR called it “among the rawest pieces of music — sonically and emotionally — you’ll hear all year.” The album went on to win the Grammy for Best Contemporary Blues Album in 2017. In 2019, his album Please Don’t Be Dead won the same category for the 61st Grammy Awards. His 2020 album, Have You Lost Your Mind Yet? won Fantastic Negrito his third consecutive Best Contemporary Blues Album Grammy.

JABM Enterprises is a black-owned entertainment events company specializing in premium live performance experiences. JABM has strategically partnered with some of the most unique venues to provide patrons the getaway they need if only for a few hours of entertainment. JABM Presents is one of the featured Promoters at The Amp at Craig Ranch, bringing the best in live music & comedy to the Vegas communities.