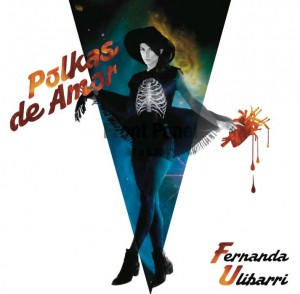 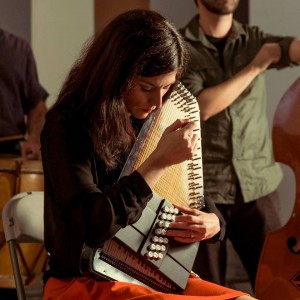 On this occasion her musical sounds explore a new territory that of ‘Polka’ music on her new album titled “Polkas De Amor” available now on iTunes & premiering single “Crush” on NPR.

“Polkas De Amor”, the Mexican-American artist feels a fascination towards the fact that a lot of Mexican and American music originates from polka.

During the promotion of my previous albums, I felt that at my shows my audience was always about dancing, but the music was not dance music; it was more like cabaret style. I started speeding up this songs and I got polka!

That’s when I realized that the new songs I was writing, which happen to be love songs, needed to be polka style. People want to dance and have a good time. So this record is dedicated to all of those people who want to dance.

On her previous album “atoma”, Fernanda toured California, New York and Mexico. Her songs and remixes were heard in various radio stations in both Mexico and the US (KCRW, KPFK, Reactor, NPR) Her video ¨Corro¨ went viral, and her video for the song “Cancion Animal” honoring Gustavo Cerati, was programed on MTV Latinoamerica and rotated in the radio of both countries.

Graduated from Berklee College of Music, Fernanda Ulibarri has been recording and playing live for 10 years. Born and raised in Mexico City, she started her career in NYC playing with her Electro Pop band Uli & The Gringos with whom she released 2 albums and played for 5 years in the Latin Alternative Scene of NYC.

In 2008 she moved to the West Coast and was invited by Mexican pop star Julieta Venegas to form partof her band for her MTV Unplugged tour. She played in stages all over Latin America, Mexico, US and Europe, and in events such as the Noble Peace Prize in Oslo and the Latin Grammys.