On sale this September 30 in all formats 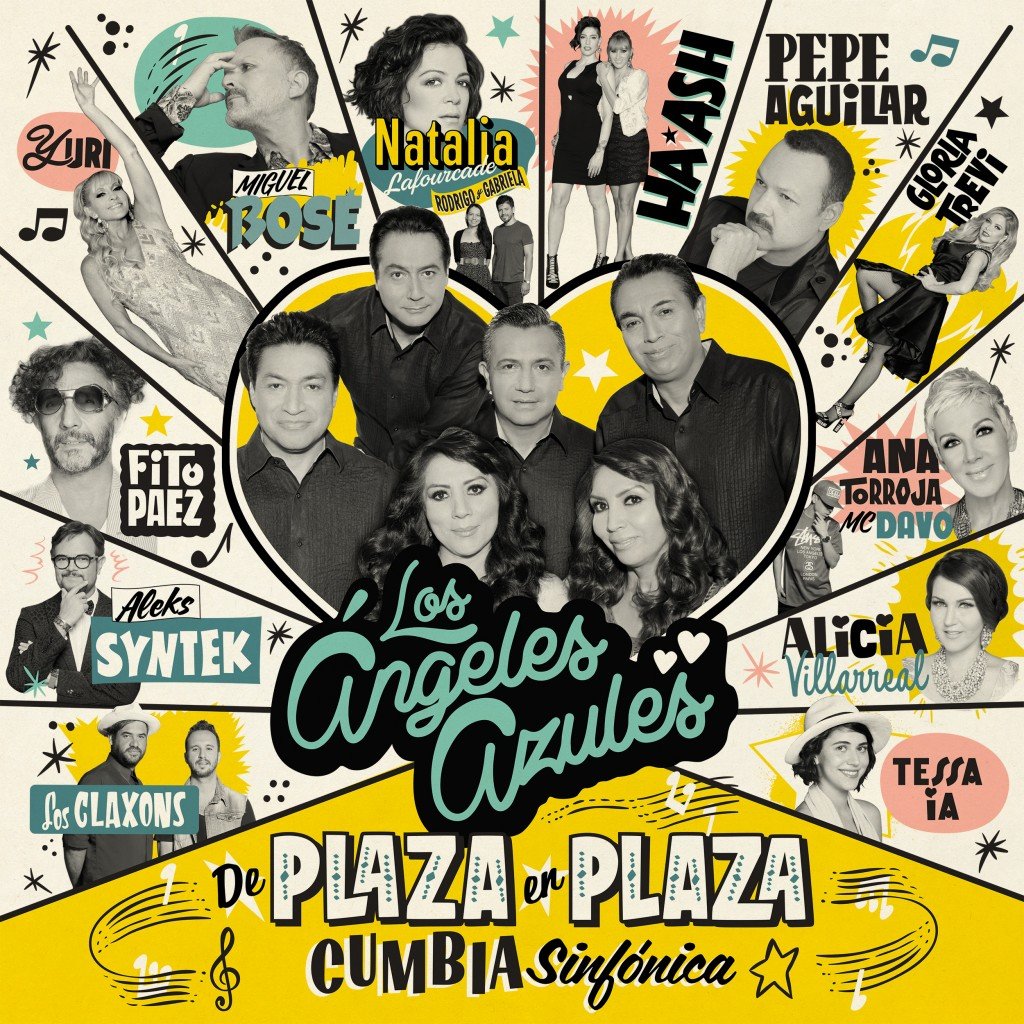 The album was recorded entirely in beautiful locations of the Mexican state of Yucatan and is now available on CD + DVD & all digital formats.

“De Plaza en Plaza” represents the return of Los Ángeles Azules after the impressive success of their album “Como Te Voy A Olvidar”, which led them to become the first Mexican artists in 15 years to earn a Double Diamond certification for more than 600,000 copies sold in Mexico.

“De Plaza En Plaza” was produced by Camilo Lara. Jorge Mejía Avante the songwriter, co-producer, made musical arrangements and was responsible for the artistic and musical direction. The orchestration, symphonic arrangements, direction and production of Orchestra was conducted by the maestro, Odilón Chávez. General production and mixing was done by Abelardo Rivera.

Los Ángeles Azules began their  De Plaza en Plaza Tour on September 21 with a ‘Sold-Out’  at Mexico City’s Auditorio Nacional to an audience of 10,000 who enjoyed an excellent concert, with new visual technology,  more than 80 musicians and impeccable sound. Of course, the corridors of the venue became a dance floor and all enjoyed the most famous cumbia rhythm of the world. The group is set to return to this venue on  October 15, 2016 to yet another Sold Out show.

“De Plaza En Plaza” tour will continue in Mexico and in the  United States, continuing the tour “Como Te Voy A Olvidar,” with which they achieved a record f more than 300 concerts sold in the past 3 years (Mexico, EU, Central and South America) and conquering several times the most important venues of Latin America such as the Auditorio Nacional the Palacio de los Deportes and Mexico City’s Zocalo.