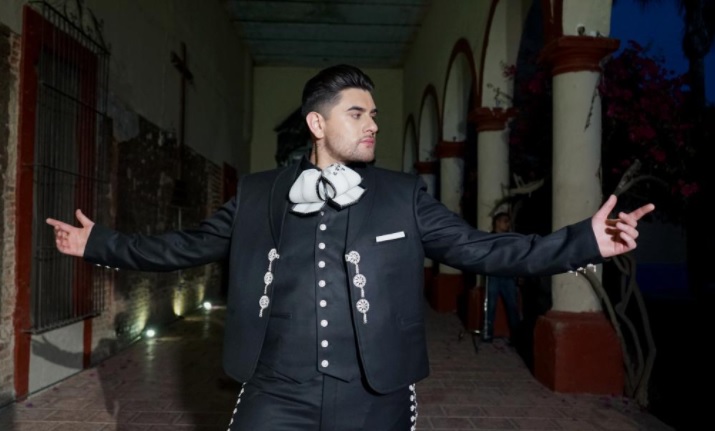 DANNY FÉLIX THE ARCHITECT OF THE TUMBADO SOUND 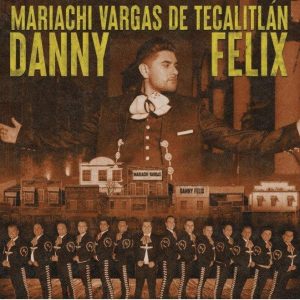 Danny as a musical genius, curious and risky, after thinking for a long time about how he could create a fusion between the tumbado genre and mariachi, he began with the first notes on his guitar then romantic lyrics that added the perfect Mariachi touch. Then the idea arose to contact Mariachi Vargas de Tecalitlán and invite them to be part of this new fusion.

“Mariachi Tumbado” was written by Felix himself and Karloff Gaitan, recorded in Guadalajara Jal, Mexico City and in Danny Felix’s studio.

This great musical duo “Danny Felix & Mariachi Vargas de Tecalitlán” comes with a colorful music video that transports us to a romantic scene in which a couple dressed in traditional clothing is dancing flirtingly and exchanging glances under the moonlight to the sound of the mariachi. The presence of an extraordinary children’s Mariachi “Mariachi los Chiquitines de Jorge Valle” shines in this production, who sing with Danny Felix, representing their idols, Mariachi Vargas de Tecalitlán, who, despite not actually being in the video, are more than present thanks to their unique melodies. Danny Felix respectfully wears a beautiful Mariachi outfit, and it is this element that lends a classical air to this modern musical fusion visually brought to life.

Named as the “Latin Artist to Watch 2021” by the digital platform Pandora and by Billboard, Danny Felix became the pioneer and leader of the new musical style called corridos tumbados or trap corridos, which he writes through the musical lens of the regional Mexican genre, incorporating hip-hop elements.

His first solo album,’Vuelve,’ was recorded and produced by Felix himself in his Phoenix, Arizona recording studio and is his first release under the Universal/Fonovisa . There are seven singles in the album that also come with music videos and were directed by Jaime Aquino. Featuring twelve original songs, including the singles “Impala Tumbado,” “Tiran Tierra,” “Zombie,” “La F*****g Ola,” “Malas Decisiones,” “Mala Experiencia” and “Vuelve.” Felix’s debut album is now available worldwide through all digital platforms.

The artist born in Phoenix, Arizona of Sinaloan origins discovered at an early age that he was musically talented and soon became a songwriter, performer and producer. At the age of 10, he began playing guitar, bass and accordion in his family-formed band. By the age of 18, he was already songwriting.

Danny Felix is making history as a musician and producer, just a few days ago the song “200 Copas” was released by world renowned artist KAROL G, a song that is included in her new album and where Felix’s guitar and arrangements shine together with an unparalleled performance from this great artist.