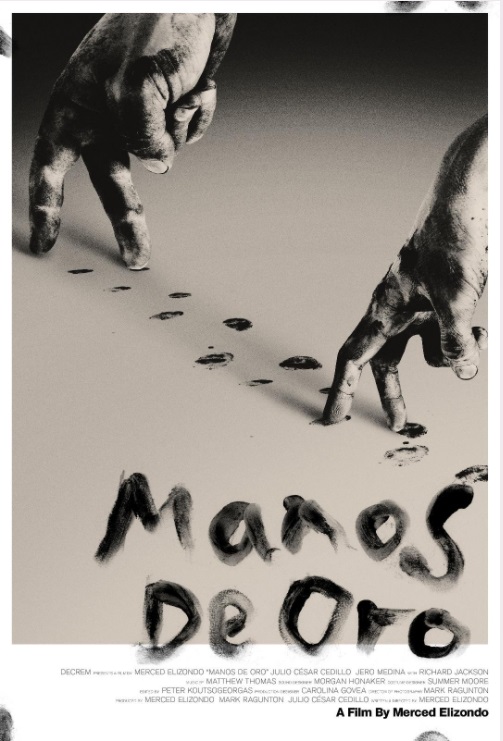 Held in Los Angeles, the annual HMFF has become a staple in the City of Angels, claiming the title of largest Mexican cinema festival organized outside of Mexico. After an all-virtual reimagining in 2020 due to the global COVID-19 pandemic, this year’s event returned to its original in-person format, giving audiences the opportunity to gather in theatres once again to celebrate and experience the best of Mexican filmmaking. The 10-day festival, which draws cinephiles and devotees of Mexican film from all over the U.S., concluded with a special award ceremony recognizing the outstanding achievements of this year’s talented filmmakers. 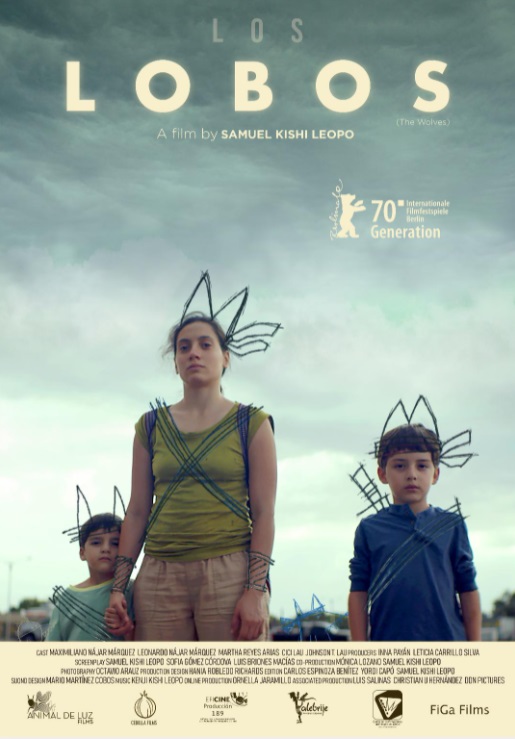 Samuel Kishi Leopo recipient of the most audience votes for his film Los Lobos won the Cinelatino & DishLATINO Audience Choice award. Los Lobos tells the story of Lucía, a young Mexican mother, who crosses the border from Mexico into the United States with her sons, Max and Leo, in search of a better life. But the transition is difficult for the boys, who spend their days stuck in an unfurnished apartment while Lucía works multiple jobs. Inside their own kingdom of imagination, the adorable Max and Leo create an alternative reality, depicted as animated sequences. Buoyed by the support of some helpful neighbors and their love for each other, this small family tries hard to stay afloat as they await the day when they can finally visit Disneyland together. 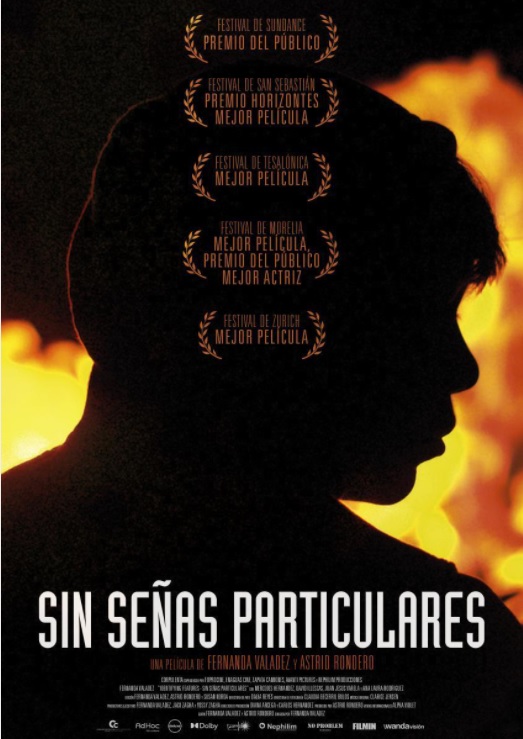 The Cinelatino & DishLATINO Best Feature Film Director award went to Fernanda Valadez for Sin Señas Particulares. A devastating meditation on the effects of violence on society from the point of view of a mother desperately searching for her child, Sin Señas Particulares follows the story of the middle-aged Magdalena who has lost all contact with her son. Journeying to the U.S. border with a friend, the young man hoped to cross over and find work. But as the number of disappearances in Mexico continues to grow every day, everything points to the worst-case scenario; Magdalena needs to know with certainty whether her son is dead or alive. With the determination and courage that only a mother can muster, she embarks on a treacherous journey to find answers in dangerous places with the help Miguel, a young man deported from the U.S. who’s on his way to his own hometown. Anchored on an incredible performance by Mercedes Hernandez, the film takes an unforgettable look into the darkest corners of a country in crisis. 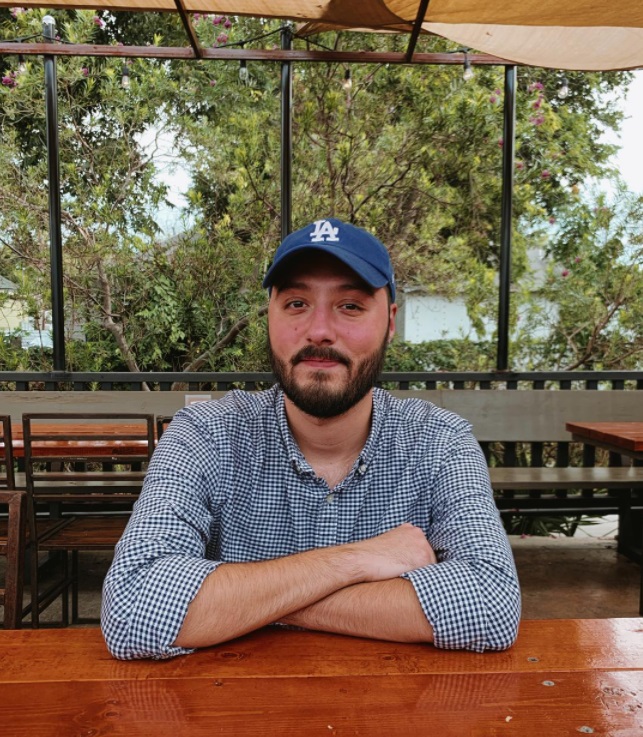 After receiving the most audience votes in the short film category, Merced Elizondo took home the Cinelatino & DishLATINO Tomorrow’s Filmmakers Today Short award for his entry, Manos de Oro. The short follows Sergio, a former mechanic, who is in the middle of a crippling battle with arthritis. When the opportunity to fix an old family-friend’s truck arises, Sergio begins a downward spiral towards denial and self-destructive behavior in an attempt to regain his identity as a working man with purpose. As a result, his already-strained relationship with his son is put to the test.

All award winners will receive cash prizes on behalf of Cinelatino.

“Cinelatino is a proud supporter of the Hola Mexico Film Festival, which provides opportunities for greater recognition and visibility of the forward-thinking, talented Mexican filmmakers who continue pushing the boundaries of Latin cinema. We are passionate advocates of Mexico’s film production capabilities, a country which has cemented itself as a true powerhouse in the industry,” said James M. McNamara, Vice Chairman of Hemisphere Media Group, Inc., Cinelatino’s parent company. “Together with our partners at DishLATINO, we are pleased to continue our relationship with HMFF and to promote an initiative that brings greater acknowledgement of the contributions of Mexican and Latin cinema. We’d like to extend our warmest congratulations to the skilled filmmakers who showcased their films at the 2021 edition of HMFF; and as always, a very special thank you to Samuel Douek, the festival’s founder and director, for his steadfast efforts in supporting the film community and for organizing a phenomenal event.”

“Through our work with the Hola Mexico Film Festival, we continue raising awareness of the myriad important contributions made by Mexican filmmakers. This event provides an avenue for specifically highlighting and recognizing the Mexican cinematic tradition, while offering increased exposure to up-and-coming talent and the next wave of influential work,” said Samuel Douek, Director of Hola Mexico Film Festival. “I am thrilled to once again offer the festival experience to our fans and followers—as safely as possible. Thanks to all who joined us, and congratulations to this year’s winners; and of course, a huge thank you to Cinelatino and DishLATINO for their support of our efforts!”

2021 marks the 13th year since the festival’s inception. Twenty films and 18 shorts comprised this year’s edition, which was divided into four film sections: “México Ahora,” “Nocturno,” “Documental,” and “El Otro México.” For those who were unable to attend this year’s event, the festivities continue at home on DishLATINO On Demand with Cinelatino’s curated special collection of films that have premiered at HMFF over the last decade. DishLATINO subscribers can enjoy and relive titles that made their debut at the festival like Mirreyes vs Godinez, La Vida Inmoral de la Pareja Ideal, Nosotros los Nobles, and La Delgada Línea Amarilla, among others. The special retrospective collection will be available on demand through October 18th.

About DishLATINO: DishLATINO is a leading suite of English and Spanish language programming packages in the United States and Puerto Rico. It offers its customers Spanish-language news, entertainment, and sports in combination with DISH’s broad English-language programming lineup, providing millions of customers with access to more than 200 channels.

Since 1980, DISH has served as a disruptive force, driving innovation and value on behalf of consumers. Through its subsidiaries, the company provides television entertainment and award-winning technology to millions of customers with its satellite DISH TV and streaming SLING TV services.