Carlos Se releases his “feel good reggae” on EP ‘Ready or Not, Here I Come’ 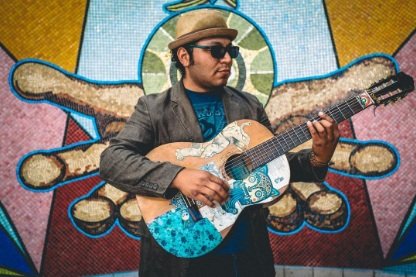 12 Jun Carlos Se releases his “feel good reggae” on EP ‘Ready or Not, Here I Come’

‘Ready or Not, Here I Come’

The debut E.P. from Carlos Sé is now available on all digital platforms 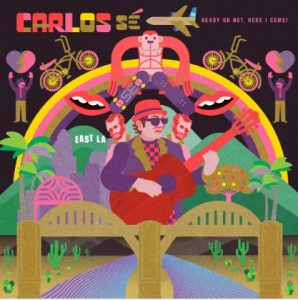 Vesper Public Relations. Los Angeles, CA. June, 2018. – “Ready or Not, Here I Come,” the debut E.P. from East L.A.’s Carlos Sé is available now on all digital platforms along with a teaser of the animated music video for the E.P.s first single “Asi Lo Quiero.”

“Ready or Not, Here I Come” includes six original tracks in both English and Spanish in a proprietary style of music that Carlos calls “Very Feel Good Reggae.”

“Ready or Not, Here I Come”… Direct Download Link:

Carlos Sé is having his record release party at super casual and relaxed Indie Brewing Company tasting room where Carlos’ fans share specialty brews over a game of corn hole, and of course their dogs are welcome.  “Ready or Not, Here I Come” is produced by Nicolas Curiel (Profesor Galactico, The Paranoias) and Moises Baquiero (Ximena Sariñana,Twanguero, Los Abandoned)

Carlos’ East L.A. (Maravilla Projects) upbringing can be heard all throughout “Ready or Not, Here I Come.” Most of the songs recount how Carlos grew up a “rocker” in a landscape filled with “cholos” as far as his eyes could see. The track “No Quiero Bici” details the daily battle faced by many east siders who struggle between following the group and possibly going down the wrong path or forging their own unique way in life.  By stating “No Quiero Bici” Carlos is saying no to the low-rider bicycles which are approved of by neighborhood kids and exclaiming that he’ll choose his own style, he wants to skate board. “Yo Quiero Patinar.”

Artwork for “Ready or Not, Here I Come” is executed by the one and only Rick Perez of Alborde.com who has also done art for bands such as Pastilla, and Lovestar. The Artwork depicts subject matter discussed within the songs as well as East Los Angeles Iconic imagery. The now fallen 6th Street Bridge, The L.A River and the Whittier Blvd Arch are some of the animated images within the E.P Cover. A lot of imagery contained within the songs are hidden in plain sight of the album art and should be an added treat for vinyl collectors as they enjoy both the graphic art and musical art.

Carlos Sé has commissioned Boyle-Heights artist Rene Pacheco of “The Commons” a.k.a “Tropa Magica” to animate his interpretation of the song “Asi Lo Quiero”. Carlos gently touches subjects such as class discrimination, government corruption, and the misuse of information. Though the song itself represents the obvious problems within our society pertaining to world issues, Carlos Se make’s it known that through positivity we can accomplish self-happiness and in doing so we can finally bring about the major change our world so sorely needs.

WHO IS CARLOS SE’

Carlos Sé has played venues such as Club Nokia, The Ventura Majestic Theater, The El Rey alongside artist such as Julieta Venegas, Ozomatli, and The Smashing Pumpkins to name a few. Carlos has also been featured on the Nationally Syndicated battle of bands reality show “Vive Tu Musica” on LATV making to the top 5 of undiscovered bands in the nation. Carlos Se is endorsed by guitar maker Godin. You can also catch Carlos Se on his new radio show on La Banda Elastica Radio called “Just Do It Con Carlos Se” which will feature its first guest, new Disney Mouseketeer, “Sean Oliu” Monday, June 11th at 9pm right after “El Show De Don Diavlo” available for your listening pleasure on the Tune In ( @labandaelastica on @TuneIn. #NowPlaying http://tun.in/sfn7p) and ITunes radio Apps.

A huge pachanga E.P Release Party of “Ready or Not, Here I Come” brought to you by La Banda Elastica’s ‘Radio Angel’s Beat’.  Special guests The Paranoias, Banda Coyotitos, and David A. Macias.

Free, all ages, family friendly and dog-friendly event with Lunch trucks and entertainment for all