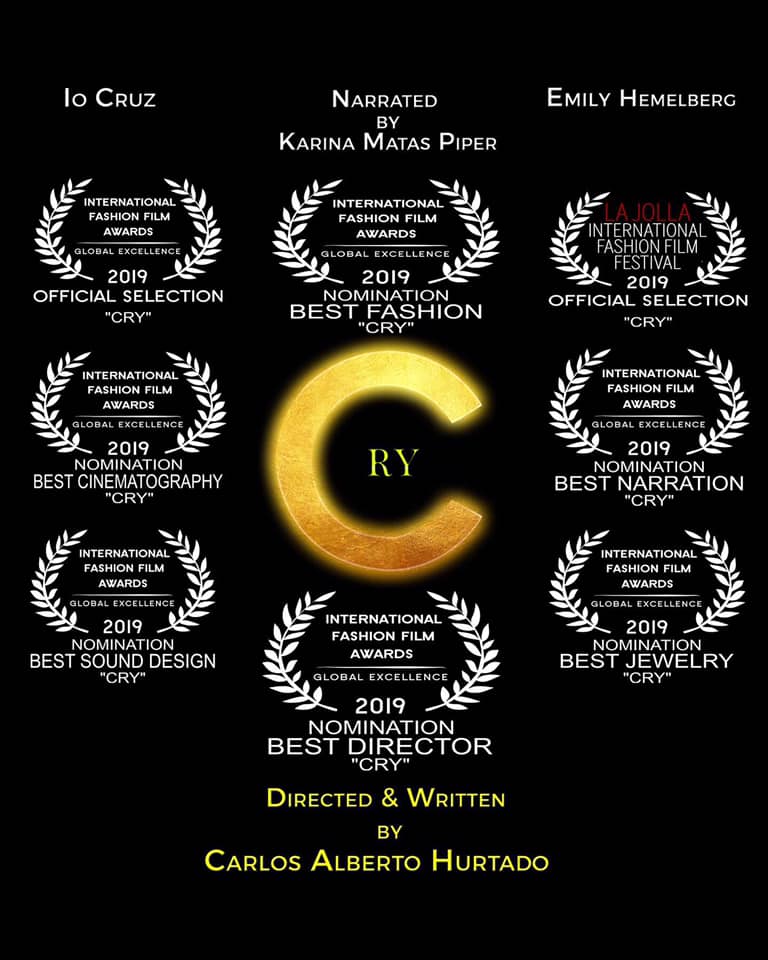 at what FORBES Magazine calls the Best Fashion Film Festival 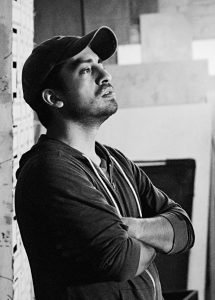 Hurtado describes his film as “a visual story of distance.” In the film a younger sister asks about love and life with the elder sister expresses that our biggest fears can also be our most treasured gifts. 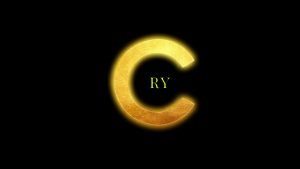 Use the following link and password to view Carlos A. Hurtado’s fashion film “Cry.”

The International Fashion Film Awards, now in it’s tenth year, is known as the “Cannes of fashion film,” and Hurtado himself is a former Cannes Film Festival award winner so it makes sense that Hurtado would venture into this very stylistic and high profile setting. Recently listed by Forbes Magazine’s as the top fashion film festival in the world, stars in both fashion and filmmaking are born at the La Jolla based festival. There is much buzz surrounding all aspects of the festival especially it’s red-carpet fund raiser which is said to be quickly giving the Met Gala a run for its likes and money.

Hurtado recognizes the importance of being selected for the La Jolla Fashion Film Festival.

“Just being selected for one category in the La Jolla International Fashion Film Awards is a great honor, to be nominated for six different categories leaves me incredibly humbled” says Hurtado.

For more on the La Jolla Fashion Film Festival click on the following links for two Forbes Magazine reviews:

You can also learn more about the La Jolla Fashion Film Festival directly at:

Much of Carlos Hurtado’s award winning films are inspired by nonprofit groups which he’s partnered with. Carlos Hurtado is extremely devoted to his hometown of Los Angeles, CA and often creates films pro bono for nonprofit organizations that serve his community. Time and again Carlos finds in these programs, and the people being served by them the inspiration required creating his award winning films. While the awards, recognition, and continued prosperity are well worth celebrating, Carlos Hurtado is most rewarded when he can share his talent for filmmaking with these wonderful community based organizations and the amazing people they serve.