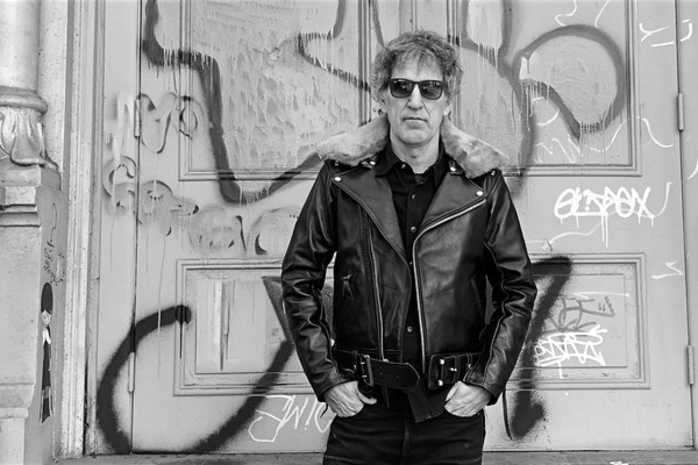 Vesper Public Relations. Los Angeles, CA. (February2020) – The Latin Grammy-nominated Basque artist Mikel Erentxun is set to begin his 2020 US Tour in support of his latest album El último vuelo del hombre bala. The 11-date tour will take him to the states of California, Colorado, and Texas, and he will be accompanied by a full band. Erentxun is ready to return with his high energy, rock and roll sound and a brand-new collection of songs.

El último vuelo del hombre bala, released in May of 2019, is the third album of a trilogy which began with the release of Corazones in 2015. Erentxun dives into his most recent personal obsessions with the lyrics, including the passage of time, lost moments and second opportunities, all while spreading hope and love. The album also contains clever arrangements of alternative rock, indie rock, and psychedelic musical influences.

The tour kicks off on Sunday, April 19 in Dallas, Texas at the Cambridge Room at the House of Blues.

Mikel Erentxun is a singer, musician, and composer originally from San Sebastían, Spain. In this Basque city, just a few kilometers from the French border, Mikel began one of the most celebrated pop rock careers in Spain. He first served as a singer for Duncan Dhu, the iconic Spanish rock band that formed in the mid ‘80s. After recording five successful albums with Duncan Dhu, performing hundreds of concerts, and receiving nominations for several awards including a Grammy, Mikel decided to begin his solo career.

While Duncan Dhu was in hiatus, Mikel Erentxun continued with his solo project and released the album Ciudades de Paso in 2003. He followed-up the album with Éxitos in 2004, and in 2006 he released El corredor de la suerte as well as a live album recorded at the Teatro Victoria Eugenia, now as Mikel Erentxun, titled Tres noches en el Victoria Eugenia.

After returning with Duncan Dhu in 2013 for the release of El duelo and 1, Mikel began a successful trio of solo albums. A collaboration with the talented Spanish producer, Paco Loco, Mikel began to tap further into his creativity, composing, playing, and writing lyrics for all his songs for the first time. He released Corazones in 2015 and El hombre sin sombra in 2017, both of which were nominated for a Latin Grammy in the category Best Rock Album. Mikel closed this trilogy in 2019 with El último hombre de vuelo bala.

Mikel is always working on new projects and offers concerts in different formats to adopt the change in time. He continually reinvents himself and has a strong rapport with his loyal fans.