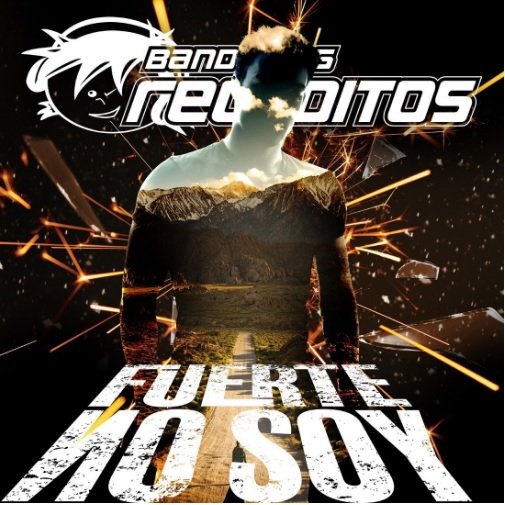 Miami, FL (July 8, 2022) – After the success achieved with the band’s EP ‘Me Siento A Todo Dar,’ released at the beginning of the year, Banda Los Recoditos announce their new single titled “Fuerte No Soy.” Unlike their previous effort of unpublished originals this time the band covers an already successful song.

“Fuerte no soy” is a song authored by Ricky Muñoz and Marco A. Pérez, a ballad released more than two decades ago and originally performed by musical group Intocable. First made famous under the norteño genre, now with Los Recoditos this ballad takes on new life when it is wrapped by the sounds of banda music, turning it into a spectacular ranchera that many fans would love to dance to with a drink in hand.

The unmistakable style of Los Recoditos, the power of the voices, and the musical quality that they offer in all their songs allows “Fuerte no soy” to feel fresh, new, and completely different from how we have previously heard the song.

Parallel to the promotion of “Fuerte No Soy,” Los Recoditos comply with an exhaustive work agenda which includes concerts both in Mexico and in the United States. In addition, they are preparing the remainder of their new album, tentatively scheduled for release at the end of this year.

“Fuerte no soy” is now available on all digital platforms and the video can already be enjoyed on the band’s YouTube channel.

CLICK HERE TO WATCH THE OFFICIAL VIDEO TO “FUERTE NO SOY”