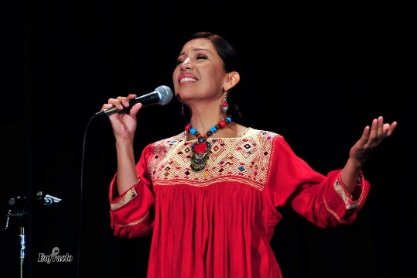 Ticket prices start at $27 online  https://bdn-laplaza2019.eventbrite.com/ and $35 at the door. Group discounts available

Curated by its founder Roberto Carlos, a young Los Angeles-based artist/promotor who has committed his musical journey to bolero music and its traditions, Boleros De Noche now enters its fifth year, and the first concert of  2019 will feature Martha Gonzalez of the ®Grammy-winning band Quetzal, the Los Angeles-based trio Tres Souls, and the dynamic singer Margarita Luna. Evoking the bohemian spirit of LA, this magical summer evening under the stars will be filled with nostalgia and love. 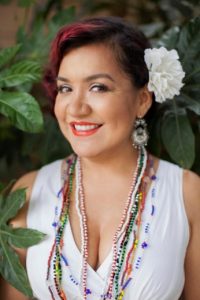 Martha Gonzalez was born and raised in East Los Angeles to a musical family from Guadalajara, Mexico. A Chicana musician, feminist music theorist and college professor, her academic interests have been fueled by her musicianship as a singer/songwriter and percussionist for the Grammy Award-winning band Quetzal. Quetzal has made considerable impact in the Los Angeles music scene. The relevance of Quetzal’s music and lyrics has been noted in a range of publications, from dissertations to scholarly books. As a result, Quetzal has performed in spaces such as the U.S. Library of Congress and The Kennedy Center. Furthermore, the traveling exhibit “American Sabor: Latinos in U.S. Popular Music” (Smithsonian Institute), featured Quetzal as leaders and innovators of Chicano music. 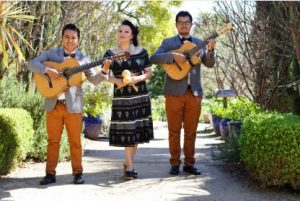 Tres Souls, comprised of members Roberto Carlos, Jesús Martínez, and Rocio Mendoza, represent a revival of “Trio Romántico,” music. They relive the vintage sounds and songs of the 1940’s -1960’s bolero style that was popularized during the ‘Golden Era of Mexican Cinema.’ Tres Souls create a festive and nostalgic celebration and offer their own unique interpretation of this timeless sound, interspersed with bilingual renditions, bridging the borders between their past and present. The recently released their first full-length album, Boleros Made in L.A. 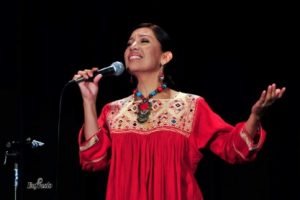 During the last 20 years, Margarita has developed her musical career in the United States, Mexico and Japan. In Japan, she performs several times every year in the city of Kyoto, singing Latin and Japanese music for multicultural audiences. She truly believes that music is a universal language, and that it can help promote tolerance and understanding among all humans.

The mission of LA Plaza de Cultura y Artes is to celebrate and cultivate an appreciation for the enduring and evolving influence of Mexican and Mexican-American culture, with a specific focus upon the unique Mexican-American experience in Los Angeles and Southern California.

LA Plaza de Cultura y Artes is the nation’s premier center of Mexican American culture. Providing an experience unlike any other, LA Plaza’s interactive exhibits and dynamic programs invite visitors to explore as well as contribute to the ongoing story of Mexican Americans in Los Angeles and beyond. Located near the site where Los Angeles was founded in 1781, LA Plaza’s 2.2-acre campus includes two historic and newly renovated buildings (the Vickrey-Brunswig Building and Plaza House) surrounded by 30,000 square feet of public garden.