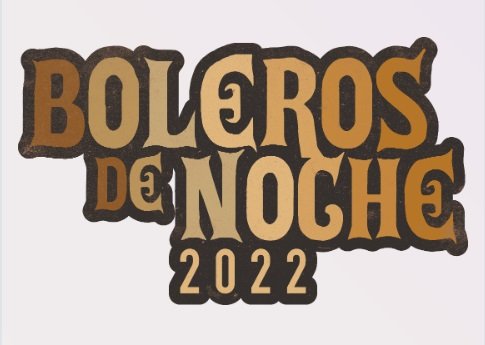 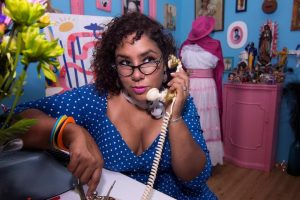 Boleros De Noche has become one of the most beloved music and cultural experiences in Los Angeles featuring talent from SoCal to international stars of the Bolero music genre.

Created by cultural promoter Roberto Carlos, the series seeks to preserve, uplift, and celebrate Latin American Bolero music history in Los Angeles and is quickly garnering multi-generational audiences. Now in its sixth year, the series is curated by its founder. A Oaxacan immigrant, Roberto Carlos, is a young Los Angeles-based artist/culture promoter who founded the series and has committed his musical journey to Bolero music and its traditions.

One of the most unique and outstanding voices in Latin music, La Marisoul, is the phenomenal artist and lead singer of the Grammy award-winning band La Santa Cecilia. La Marisoul and the Love Notes Orchestra transform classic boleros backed by an 18-piece big band orchestra which provides striking larger-than-life arrangements on a curated selection of classics. Among these classics include “Dream a Little Dream” ft. The Song Birds, “Oración Caribe,” and “Nuestro Juramento,” to name only a few of the songs we can expect that night as well as some surprises.

La Marisoul will be performing songs off her two-volume solo album, ‘La Marisoul and the Love Notes Orchestra’ Vol 1 & Vol. 2,’ inspired by legendary artists such as Olga Guillot, Toña La Negra, and Ella Fitzgerald. The album, produced by La Marisoul herself, is a stunning tribute to Bolero music and American jazz, reviving the genres for a new generation of listeners around the globe.

Trio romántico Bolero music features the guitar, the complex instrumentation of a requinto (a smaller guitar typically tuned a fifth higher than a standard guitar), romantic lyrics and lush harmonies. It is considered by many to be the most romantic music genre of Latin America. The genre originated in Cuba in 1883 but gained international notoriety once the genre reached Mexico in the 1940s.

We would like to thank Madre Oaxacan Restaurant & Mezcaleria for their continued support.

The Ford is a music venue in the Hollywood Hills neighborhood of Los Angeles, California. The 1,200-seat outdoor amphitheater is situated within the Cahuenga Pass within the Santa Monica Mountains. Located in a County regional park, the facility is owned by the Los Angeles Philharmonic and operated in partnership with the Ford Theater Foundation and the Los Angeles County Department of Parks and Recreation. For sheer beauty and intimacy, it’s hard to beat The Ford for summer entertainment underneath the stars. Nestled in the Hollywood Hills, the open-air amphitheater is relatively intimate at just under 1,200 seats; no patron is more than 96 feet away from the stage.

For More Information about La Marisoul