Click here for an overview of Feria De Los Moles 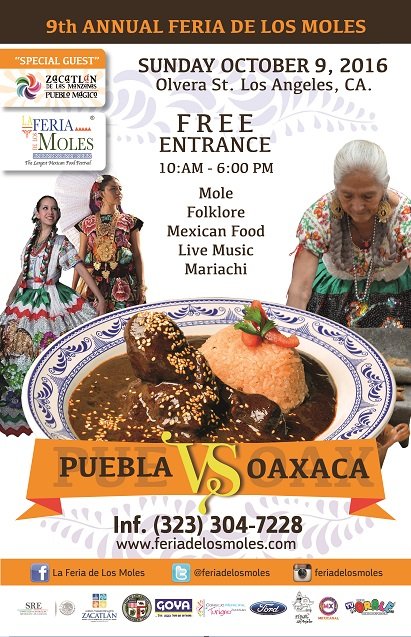 This delicious event includes a special presentation on the origin of the famous mole, which is one of Puebla & Oaxaca’s main dishes, a delicious and fun gastronomic debate amongst judges from the Mexican states known for their mole, and tastings of the different mole styles for all in attendance. Which mole do you like the most?

October 9, Olvera Street will once again witness this celebratory feast filled with flavor and featuring an array of delicious moles that go from sweet to salty and hot. Mole is a dish that originated from the impact of indigenous and Spanish cultures in Mexico.

You are invited to join the flavor of an event that brings together a record assistance of over 30,000 people of all ages, generations and cultures, offering more than 13 different Mexican moles to enjoy. The delicious event starts at 10:00 a.m. and lasts until 6:00 p.m. taking place at Olvera St., Los Angeles. Entrance is free and food is available for purchase.

La Feria de Los Moles’ objective is exhibiting the delicious Mexican cuisine and its tradition, recognized by UNESCO as world heritage of the Humanity. Pedro Ramos founder of Feria de Los Moles inspired by his Grandmother Kailita, expresses “I am very thrilled to be part of La Feria de Los Moles. Together we have introduced MOLE to the whole world and the world has given the dish its well disserved prestige. We are inspired that Mole now appears in menus of the most important restaurants in United States. We have traveled far and wide throughout Mexico in the search for Mole recipes to bring the FERIA DE LOS MOLES and spoken with our grandmothers, and also with families that were given the heritage passed down through generations this pre-hispanic recipe of our ancestors. Together we have given this Mexican cuisine its disserved international level recognition. The success of La Feria de Los Moles is that today everybody wants to create food festivals, and that is great for the Mexican gastronomy”.

Ancient chronics tell that in 1492, was discovered that Indians used to mix tomato, cacao, vanilla and spices with the use of metate (flat Stone for grinding), to prepare a dish called “mulli”, a Nahuatl world that means mixture. That way seeing that most ingredients were of Mexican origin; mole was established as antecedent to conquest.

Later on, during the colonial era, indigenous “mulli”, in Puebla, were added new ingredients as cinnamon, clove, pepper and almond; giving the famous name mole poblano, that combined culinary elements both indigenous and Spaniard.

Even though mole was first documented from the state of Puebla, there’s no certainty of its origin, but the legend tells of nun Sor Andrea de la Asunción, from Santa Rosa monastery in Puebla, introduced the first mole “brought to her in a wave of divine wind” pouring different spices in the pot where she was preparing the stew to please Viceroy Tomás Antonio de la Cerda y Aragón, Marqués de La Laguna. 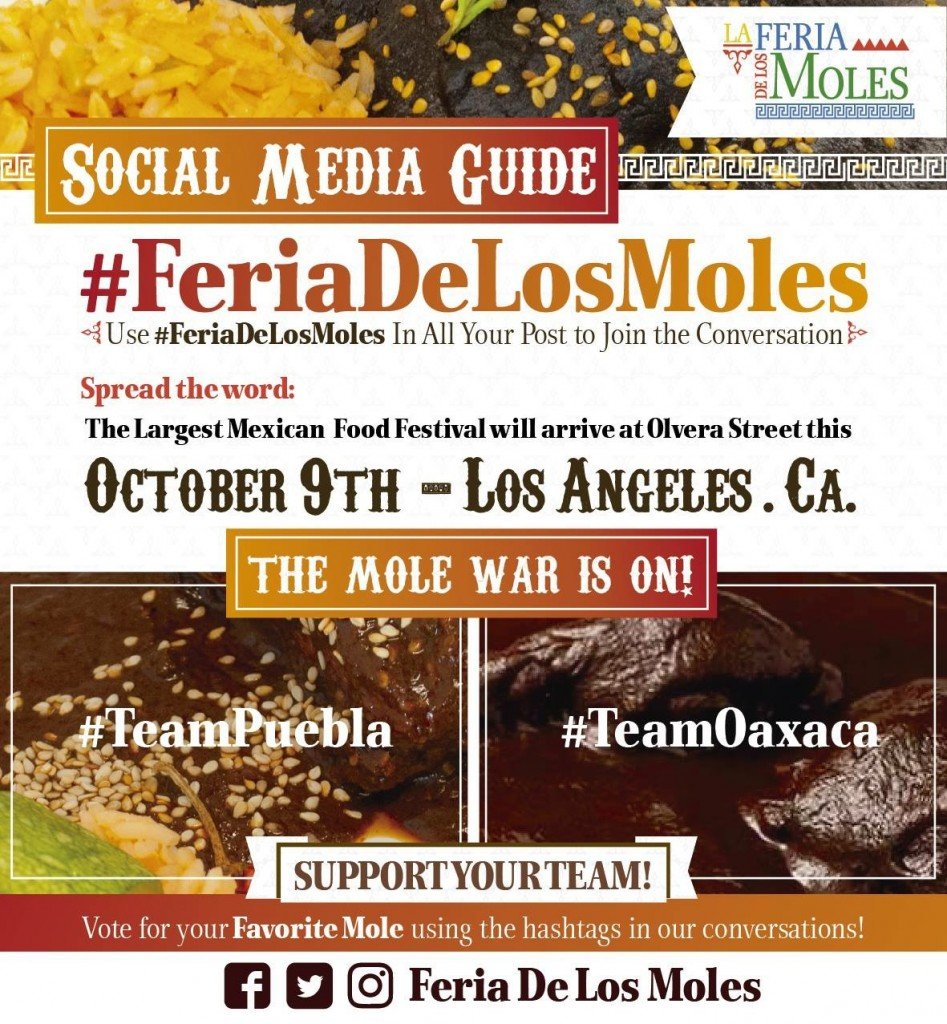